The Manley Portion of the National

Many of this years autograph guests I took a pass on.  Each VIP Oriole I have multiples of, so my I switched my focus to the Redskins.  Five different Skins will be at the National this year and first up, the original "Beast Mode", Dexter Manley.

I was afraid of Dexter Manley when I was a kid.  And that was only having seen him on T.V.  He just seemed so damned violent and as an eight year old, it was terrifying.  And that is why I love him today.  He personified what I now appreciate in my football players, I was just too young to really appreciate it. 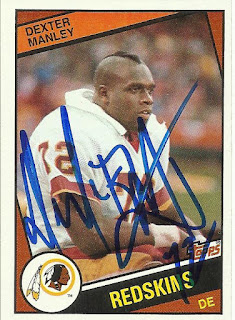 He should have been allowed to play without a helmet.  I would have allowed him to sack the QB, would not have stood in his way. 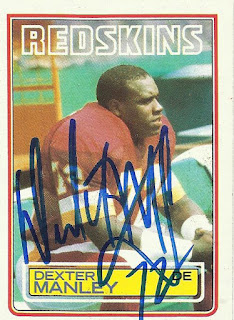 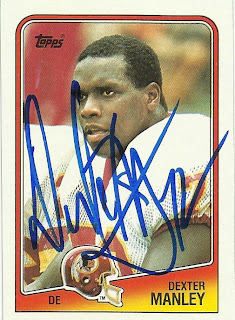 Aside from being a beast, Dexter was as nice as could be.  There were a lot of items with pre-existing signatures and each time, Dexter asked who they were.  He seemed interested and excited to hear about his teammates that had already signed.

Here is the gentle giant. 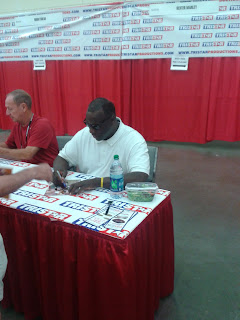 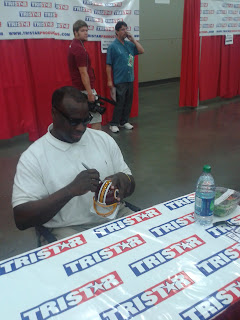 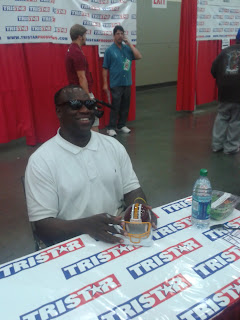 I will be keeping the "mohawk" card for my collection and my brother is taking one of the others.  Not sure but it may be available if their is interest, just don't know which one.
﻿