With the pending purchase of house #2, Wifey has decided to create a blog chronicling our progress at turning the house into our home.

She loves to read DIY blogs and is following a couple who rehab and blog for a living at Young House Love.  That will not be us.  We just are not handy enough.  We pay people for the tough stuff and bicker about the little things, that's how we do.

The blog she follows did give us one good idea, co-blogging.  Make no mistake, this is her blog, MC Modern.  I will try and shed the male perspective on things and bring my humor to the fray.  Check out my first contribution here. 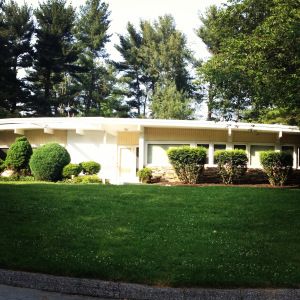 A Bevvy of Beauties

I have been busy lately trying to add the new Orioles from 2013 as soon as they debut.  Then I wait weeks or months even to post them on my blog.  I am pretty awesome, I know.  Here are a few. 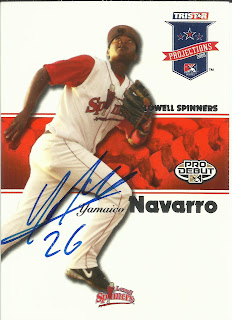 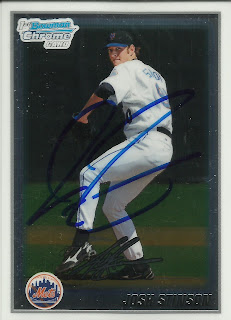 Both Stinson and Navarro have made multiple visits to the big club this year.  Each player has helped when roster moves were necessary, making a trip back to the minors without playing in a game.  But each do have an official appearance.
Stinson has one appearance and a 7 plus ERA to his name.  He was brought in for a spot start and looked like a minor leaguer pitching in the bigs.  He was overmatched but was not crushed.  We may see him again down the stretch, hopefully with more success.
Navarro had more success in his time with the big club.  He appeared in eight games, hit .286, drove in 2 and showed his speed with a triple.  Navarro is in a poor situation having three second basemen ahead of him.  Oriole hero Brian Roberts, veteran Alexei Casilla and streaky hitter Ryan Flaherty are taking up valuable real estate on the roster.  When Roberts has another injury, Navarro may see more time, but carrying three power starved infielders on the roster might not be the best idea for Buck.
at 10:11 PM No comments: