This year at the National there seemed more autograph guys than as two years ago.  Maybe it was that I was only really looking for one day in 2010 and four in 2012.  Regardless, I had 4 different pages of notes on which booth had cards I needed, which cards and pricing.  I was then able to decide on best pricing and what vendor had the best options.

Saturday, my final day, was when I started making moves, and lots of em.  I had spent a good hour with ??????? going over his lists of cut signature and index cards.  He was organized, which I love, and was offering 30% off, which I needed.

All in all I knocked eight more names off the list.  It would have been 13, but my diligence allowed me to find signed cards at similar pricing.  My haul in alphabetical order. 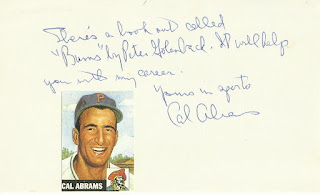 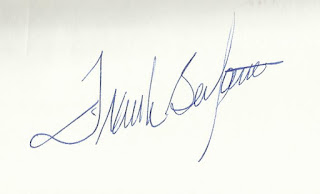 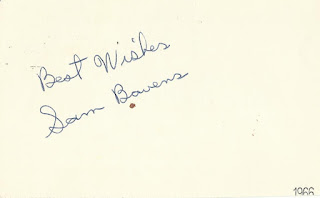 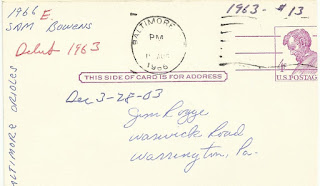 I love the detail of the autograph index cards that were used in the 1960's.  Received in 1966 and for only 4 cents.  That's a pretty sweet deal.  Then you add all the detail of the collector and dealer notes and it makes for a great piece.  I had a few to choose from and went with this one because of the address portion. 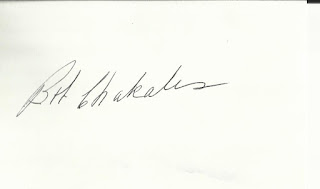 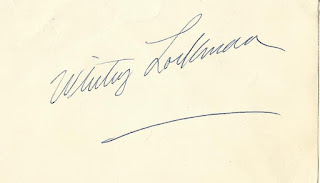 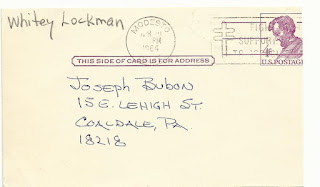 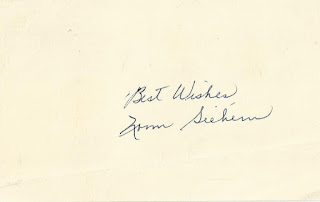 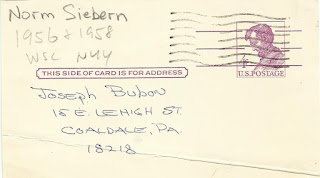 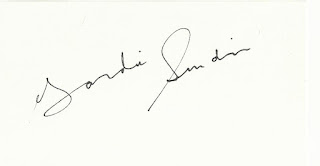 Sundin has the distinction of being the only Oriole pitcher I have come across to never record an out in his entire career.  He also never allowed a hit.  He walked two batters in his appearance, one of which scored. He has an infinite career ERA and never made it back to the big leagues.  I have tried him before TTM to no avail, but I wanted to try again on a Crown card.  Either way, I love his story, kinda like a Moonlight Graham, but with the infinite ERA thing. 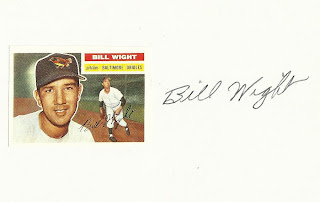 Many of these players were also available on eBay but I didn't want to take a chance.  Many of the prices are too good to be true and who knows what you are actually getting.  This way I was able to get my items from a reputable dealer, willing to put himself amongst a thousand experts.  I definitely trust these signatures.
at 3:17 PM