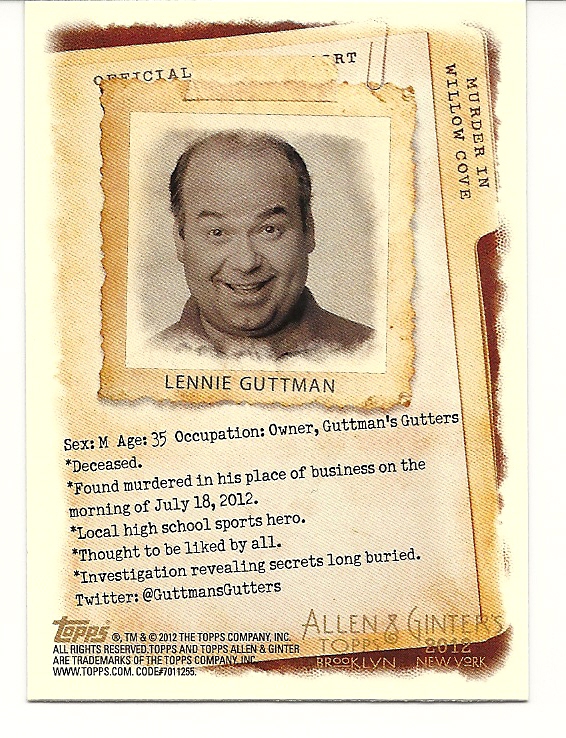 The death of Lennie Guttman on July 18, 2012, sent shockwaves through the tight-knit Willow Cove community.  Police are still investigating all of the circumstances of his murder and have no official  suspects as of yet.

Guttman's death has been hard for his neighbors but the revelation of cheating on their State Championship baseball team has shaken this community to its core.  Guttman's baseball bat used to crush the game winning home run of the 1996 Montgomery County Wooden Bat High School Class 2AA Regional Championship was found at the scene of his murder, shattered.

Deputy Danny Young commented, "the championship bat was smashed to pieces, revealing a core of cork".  He made no comment as to whether the bat was merely collateral damage of a struggle or the murder weapon.

The 1996 MCWBHS title is the only in the 100 year history of Willow Cove High School.  The County Superintendant Steve Sellsnow is launching an independent investigation into impropriety in Willow Cove.

The investigation to both the homicide and bat-gate remain open as a community waits for resolution.
at 6:00 PM