Saving the Best for Last

When I saw the lineup for FanFest, this was the one that I wanted the most. It isn't the most desirable. No HOFer. No home grown heroes. No superstar of the past. Just J.J., some hopefuls and Troy Patton. Perfect for someone like me who could never get J.J. to sign. I just wish it had been first thing in the morning instead of dinner. 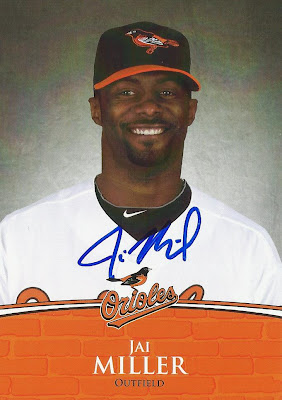 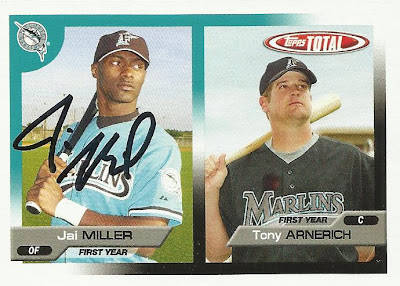 In line, fans were talking of Miller's disinterest and I saw it firsthand. I asked for a postcard first, to cross the Orioles aspect from the list. Then I politely asked if he could sign any of the three Topps Total cards I placed in front of him. He glowered, grabbed a black sharpie and signed on after the other. Flipping each card across the table like he were dealing blackjack. I had to catch one as it was careening off the table. Now I have two lovely Marlins cards available. I am thinking about completing one of these. Anyone know where to find Tony Arnerich? 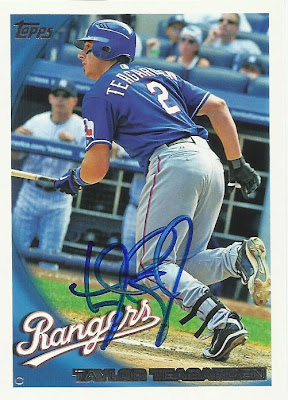 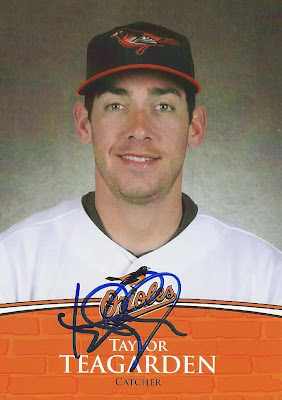 Teagarden was solid. Signed a postcard and another for me. I will probably need to upgrade to a real card at some point. Back-up catchers get a lot of play in update sets, so we shall see. 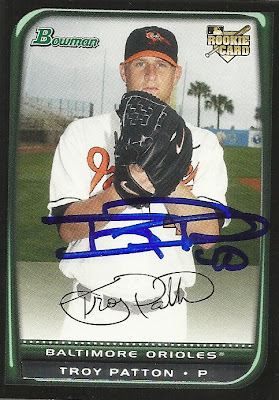 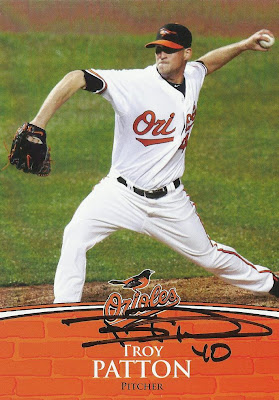 Troy was the only duplicate of the bunch for me. I got him last year at a game. The postcard is new if anyone needs one. 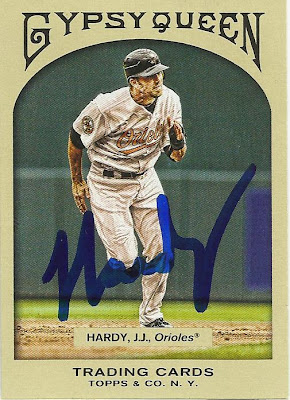 J.J. was the only player to follow the one per mantra of the handlers. His 60 year old grandma handler yelled at every one who had the audacity to ask for an item and postcard. She did allow me to get a postcard unsigned, how kind. J.J. looked up at me with eyes saying "sorry". But it was the end of a long day for him and he didn't want to fight. At all. It's cool. The Gypsy Queen looks damn good.
at 3:30 PM