Around Christmas I was fighting a nasty illness and was out of work for a couple of days. The downside was obvious, being sick. Upside, I actually had time to work out some baseball card trades. Here is one upgrade and a toughie. 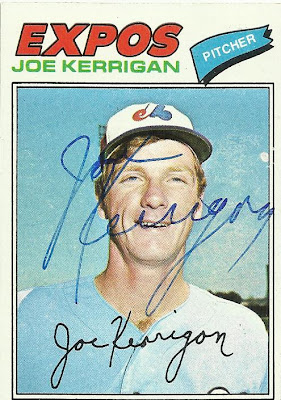 Kerrigan is a notoriously difficult signer, so adding him to the collection was a no-brainer. Unfortunately I could only find an Expos example. In the '70's journeymen relief pitchers didn't get a tremendous amount of play on baseball cards, Kerrigan only appeared as a Bird on one, 1979. That card and his appearance in the 1991 Crown set are the only major issues he has out there. I can always use another upgrade, who's got one. 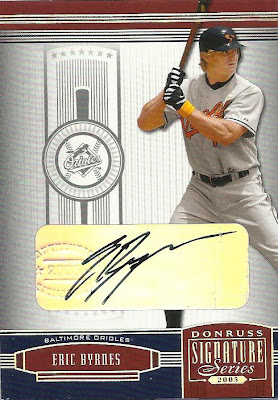 Byrnes was a hard charging ball of energy during his partial season in Baltimore. I had high hopes for him, too bad he was only here for 52 games. He's gone on to have a decent career, spending 2010 with the Mariners. I now have a 2000 Fleer Tradition Byrnes auto as an Athletic available if anyone is interested.
at 8:08 PM