Another trade with Ryan, from The Great Orioles Autograph Project, has propelled me to a slight milestone, 80%. 80% completion is a huge accomplishment for me. No it's not 99.9% like Ryan but I am working on it.

I sent him a Frank Robinson certified autograph I had just lying around. I was able to cross six names from my needs list, one Crown card and a deceased player all at once. 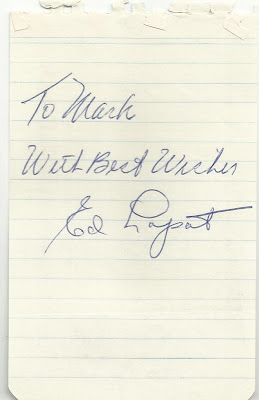 Lopat was a 5-time World Series champion pitcher with the New York Yankees during the 40's and 50's. The Yankees traded him to Baltimore nearing the end on the 1955 season. Lopat appeared in 10 games, with 3 wins. He retired following the season and went to start his coaching career. He returned to the Yankee organization as a coach and worked his way through various systems to the Big Leagues again. This time as the manager of the Kansas City Athletics. A sub .500 winning percentage only amounted to a two year stint in K.C. He continued in baseball until the 70's with the Expos. Eddie died in 1992, making a Crown addition very challenging. 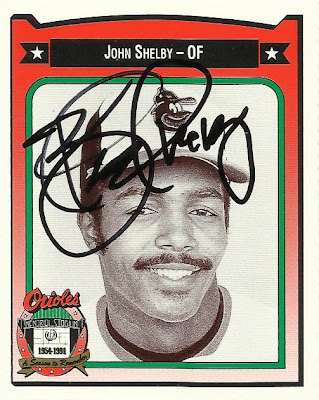 I had tried for two years to get this card signed but Shelby eluded me every time. Not on purpose, I don't think. It just always worked out that way. I thought last year would have been my year, but Shelby left. I had to resort to trading for good old "T-Bone". 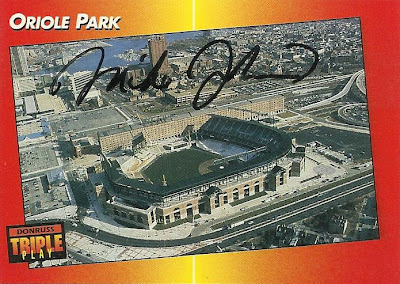 Johnson has been hiding out, coaching baseball in Canada since his retirement. International law prohibits me from crossing the border to our North, so I will have to keep on the lookout for his cards on eBay or another site for now. 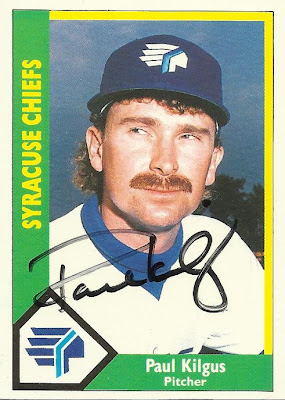 Kilgus had a great head of hair in his playing days. Every photo of him shows a baseball hat struggling to control his locks. It's pretty sweet. I have tried Paul TTM to no avail thus far. His short time with the Orioles did allow for him to be on a couple of cards, including the Crown set, now if only he would return my mail. 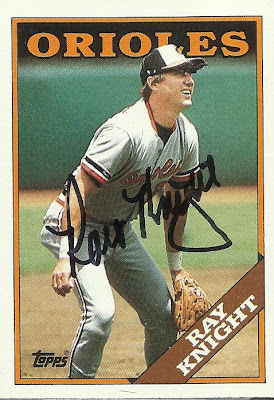 Ray Knight is another one not returning my mail. I have sent to him c/o the Washington Nationals where he covers the team, as well as MASN. No dice. I may have to break down and go to a Nats game to scratch him and Davey Johnson off the Crown list. Boo. 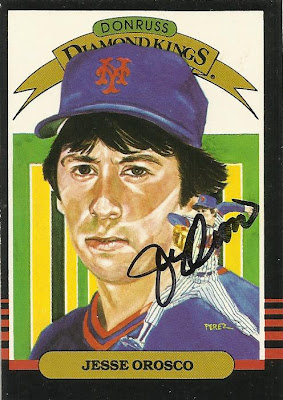 Orosco is my favorite middle relief octogenarian journeyman pitcher of all time. 'Nuff said.
at 9:15 AM