After the freebie session I bee lined to my next session to get in line. The event had not even opened up to the general public and I wanted to put myself in a position to maximize my graphing time. I was the fourth person in line and it played to my advantage.

As I walked up to the stage one of the handlers bellowed, "Only one autograph per person". I have never liked being told what to do. 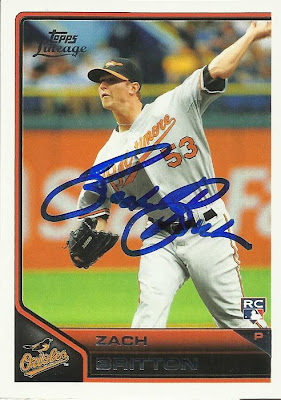 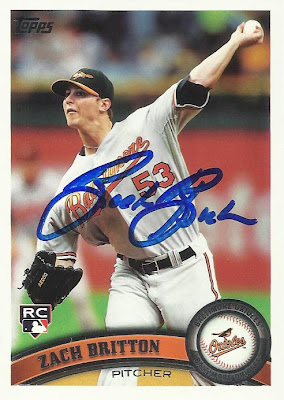 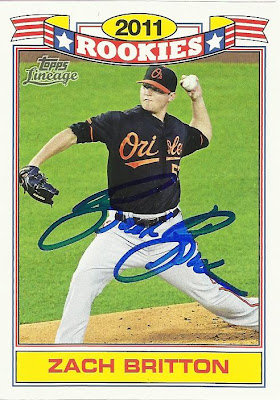 Zach was very pleasant and happy to sign all three cards I dropped in front of him. Out of the first four of us, Zach signed at least 12 items. So much for one per.

When I pulled the Lineage Rookie card from a pack this year, my first thought was how good it would look signed. I was right. I already had a signed 2010 Bowman Platinum that I really liked, but that is now in the trade pile. As well as the other two base cards shown above. 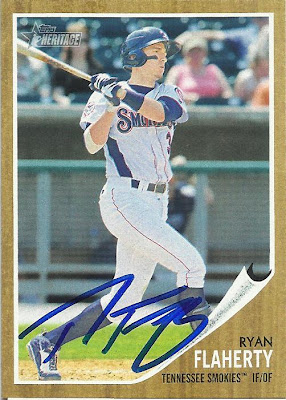 Flaherty doesn't like to follow directions either as he signed two of these bad boys for me. The other is available if anyone needs to add him to their collection.

I bring my own blue sharpie and ask for my graphs in that color and Ryan was the first of five players to ask me why? I said because of all the black in uniforms and cards, the blue stands out more. That and I like blue better. Why do you use blue, black, red, silver or paint?

Flaherty was so new to the team he didn't have a personalized Orioles Postcard. His postcard was of an Orioles hat. I didn't need one of those. Hopefully he has a chance to show up on an Orioles card, if not, this will do just fine. 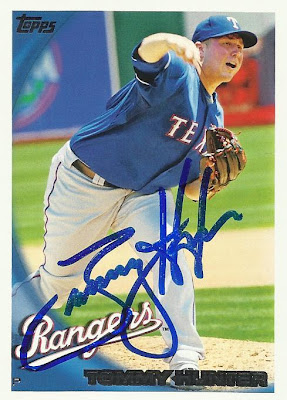 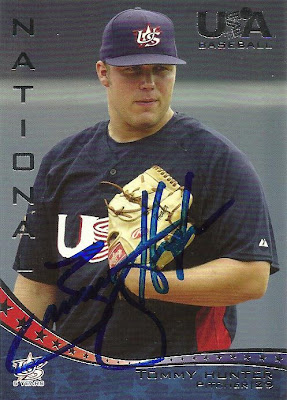 Hunter was last in the procession but was just as quick to disobey direct orders. The Topps card is available for trade if anyone needs. The USA version was my first 50/50 I completed for someone. It felt good to help out for once. I got caught up talking to Tommy and forgot to grab a postcard at this point.