It seems that every time I get autographs I end up upgrading more than anything else.  Sunday was no different. 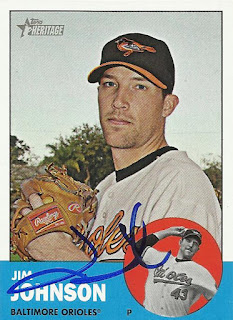 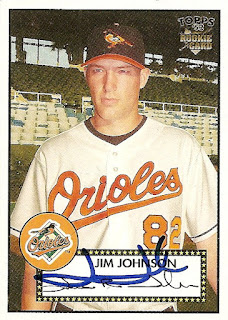 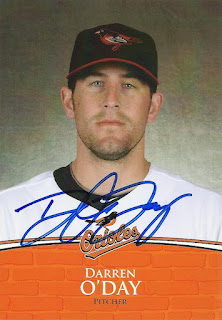 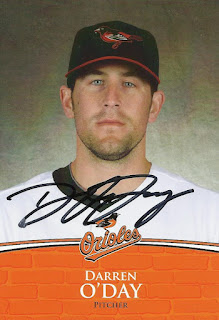 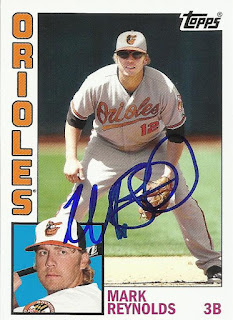 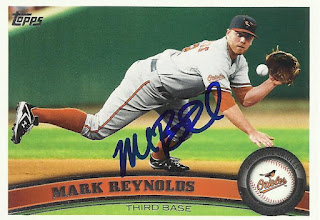 My Jim Johnson decision came down to two factors: personally getting the autograph on Sunday and his 2012 campaign.  Personally having it signed means a great deal to me and the '52 card was obtained via trade.  Jim is also having a phenomenal year and I am happy to commemorate that in my collection.

O'Day is simply due to color preference.  I like blue better than black.

My decision making with the Reynold autograph is similar to Johnson, two-fold. Personally obtaining the autograph and card design is what led to this choice.  I love the 1984 Topps design and when I pulled this card from a pack was dead-set on getting it signed, so I did.  I do believe that 2011 Topps signature (from Fanfest, not the drivers seat of Marks car) and the action shot are both better than the Archives card.  But I like the Archive card better so back off.

Anyone looking to upgrade their collection with any of these three newly available beauties, drop me a line.﻿
at 12:00 PM