The Arrival Of The Enemy

The pirates were not as stingy as our hometown team on Wednesday.  Every coach, manager, trainer and player that was asked for an autograph signed.  Every one of them.  I wonder if my Orioles are that way on the road.
I wasn't fully stocked with Pirates and missed out on Clint Hurdle, Nick Levya, Brad Lincoln, Chris Resop, Michael McKenry and a few others.  Was only really bummed about leaving Hurdle out of my book.  Maybe next time.

I was lucky enough to snag one of the two signed cards of Jose Tabata. 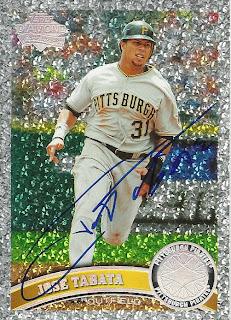 Tabata was rushed and my long arms won out amongst the crowd.  This is my third Diamond Anniversary card signed and I really like how they look.  Hopefully others do as well.  This one is on the block.

Then the stars aligned. 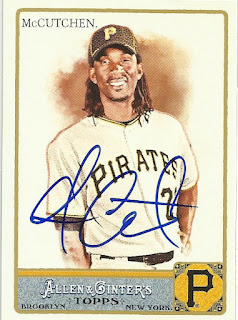 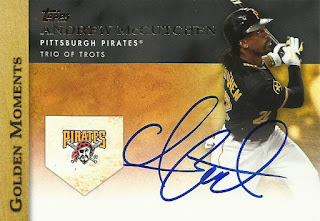 Seriously?  The Pirates All-Star signed multiples?  Again (apparently he signed up to four per person on Tuesday)?

He could not have been nicer and made small talk with a few of us.  Someone mentioned he should be an All-Star this year.  When I mentioned N.L. MVP he stopped signing for a moment and smiled.  I was the next cards he signed.  These alone made the afternoon worth it. 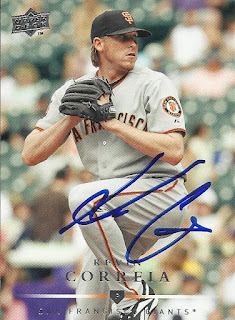 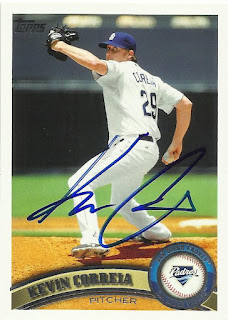 ﻿
The starting pitcher stopped and signed any card sent his way.  His good deeds before the game did not go unpunished during the game as the Orioles knocked him around and gave him the loss.

The last Pirate to show his face that I needed was A.J. Burnett.  His time as a Yankee made him very familiar with Camden Yards and he came walking in through a public parking lot.  He was spotted early and was mobbed.  He signed a few autographs while walking then asked if we could allow him to get to the top of the stairs and then we would "take care of business".  That he did.  Again, he signed one per for anyone willing to wait. 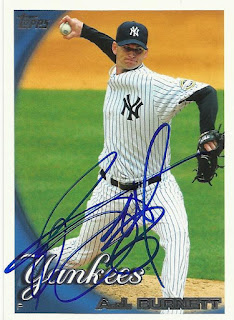 It was a great start to the day, but there is still more to come.﻿