Wednesday I made it out to my second Orioles game of the week.  I made a whole day of it.  Got to the stadium way too early and stayed far too late.  I am still feeling the effects of being up until midnight, two days later.

The Orioles were again victorious as I must be a good luck charm.  They are 3-0 when I grace the Yards with my presence.  I should get out more often but life beckons.

That is where this title comes in.  I will be spreading out my autographing exploits over the next few posts to keep you coming back.  Or to continue ignoring me.  Either way, I'm good.

I will start with the Orioles who signed entering the stadium.

I arrived before noon, alone, waiting for both fans and ballplayers alike.  Unfortunately the fans showed well before the players.  Within an hour we were 12 strong, just enough to deter any Oriole from signing before disappearing into the tunnel. The design of the parking area allows for easy escaping and the early Birds (see what I did there?) park near their access stairway.  Barely will they even acknowledge my pleading calls.

But, on nice days there are a few walkers or riders that can be snared. 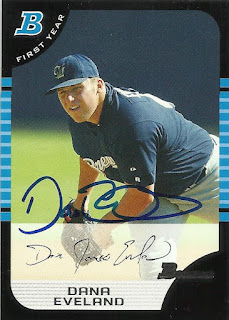 Dana really didn't have a choice.  He was spotted walking along the stadium and was quickly mobbed by the 20 fans that had gathered by 2pm.  He was gracious and signed for anyone that wanted.  Thank you sir.

2pm is the witching hour for Oriole graphers at Camden Yards.  The Home Plate Plaza unlocks their doors for the opposing team and the dreaded golf cart comes out for Oriole players.  Good luck coaxing one of our stars from the padded seats of the golf cart.  Timing is the only hope.  Timing was not working with me on Wednesday.

The only other Oriole that signed was Darren O'Day.  He was fresh off a free one hour signing in York that day and still signed for a few fans.  Darren was unlucky that the limo that took him to his event wasn't allowed to enter the parking area.  He was let out directly next to his adoring fans.  I had nothing at the time for Darren and decided to let his signing hand rest.

That was it.  Not even a nibble from the other players.  Matt Wieters denied the two of us that weren't mobbing a Pirates cab.  That was the best chance of the day and we didn't receive a second glance.

Don't fret though, the day did get better.  Wanna know how much better?