I have had a few good mail days since my last post with a handful of additions to the Orioles Crown set and doubles for trade. Check out the swag below. 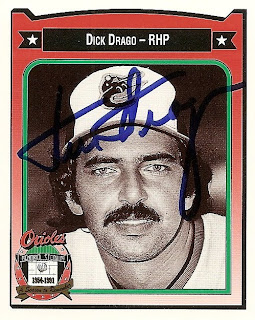 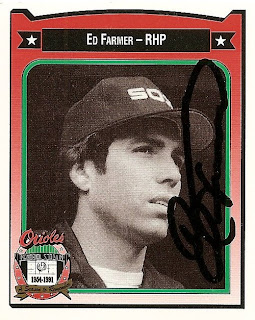 I sent to and received from Mr. Drago and Mr. Farmer on the same day, taking less than two weeks to receive back. It seems fitting for the teammates from the 1977 season, who combined for 38 pitching appearances. Farmer accounted for just one game, making it into the box score allowing a walk, but no earned runs. I am pretty sure he is the least tenured Oriole I have an autograph of, and probably ever. Thanks for your signatures. 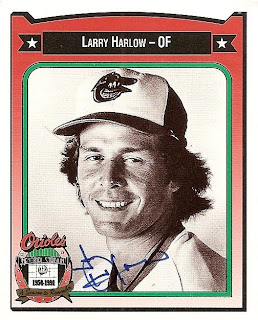 Mr. Harlow was the first of three successes last week, returning in only 8 days. His autograph is helping to change my opinion on what I like in a signature. I used to be a traditional blue sharpie guy, but thin blue sharpie (Staedtler) is growing on me. Something about the blue autograph that I feel just crushes anything in black. The thinner signatures also lend themselves well to this portrait set so that you can still see the face, read the name and see the signature. 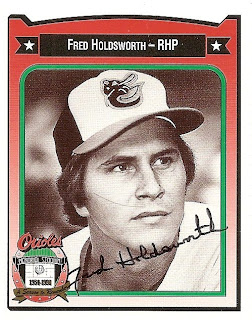 This was the second success from a busy week for me. It only took ten days for this to come back to me, and although I prefer blue, I really like this signature. I like that if there were no name on the front of the card, you would still know his name. This is in stark contrast to my own signature, but nobody is trying to collect my electronic signatures from Safeway. 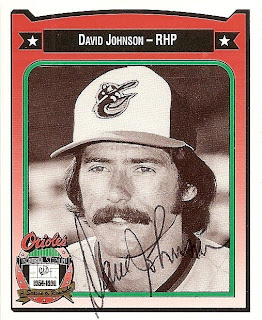 Number three of three from last week, and it's from one of three David Johnson's to play for the Orioles. I already have the commentator and I am working on the coach, so it's nice to have just the player. When addressing the envelope and sending to him I was apprehensive that I had the wrong player, again, but it looks like I was correct. That is unless he just signed someone elses card. 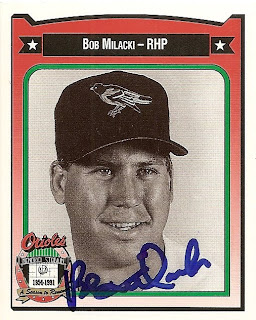 This just came today, along with a few others from the pitcher from the 80's and 90's. When I first started TTM collecting I sent to him and received a quick success, then started the Orioles Crown set, so sent again. He has been extremely gracious, never declining a request, I have sent (seven thus far). It took two and a half months, but was well worth the wait to have all five cards returned signed. He switched things up, using a blue sharpie this time, as opposed to a black one last time. It's nice to have a little contrast in the collection anyway. 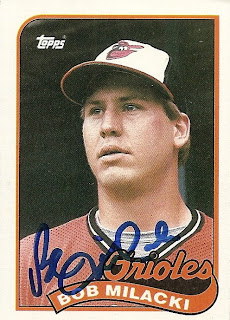 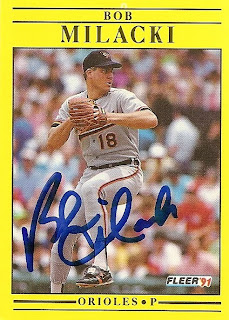 I know these cards are hideous but I love them so much. This was one of the first sets I ever completed and actually kept it until a few years ago. The bad part is that the cards start to bow from top to bottom over time. 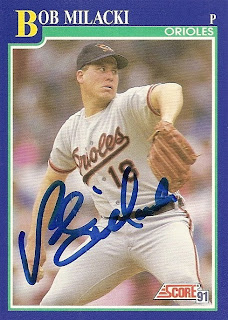 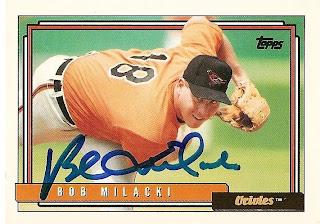 This set holds a soft spot in my heart, my first parallel insert card. And to think there were two versions just to throw you off. See what you started Topps, there is no looking back now. I also like how these cards show a progression in Milacki, growing a little bit older from 1989-1992. 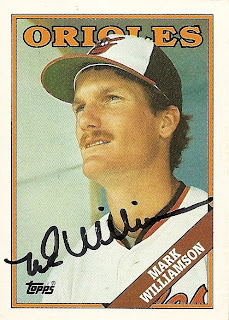 Mr. Williamson is a good signer, it just takes a little while. Don't plan on moving for almost a year if you want to get the cards back. It took at least eight months, but since he signed all three I sent, I can't complain. Unfortunately I forgot to send the Crown card of his, so it looks like I will have to do some more waiting. 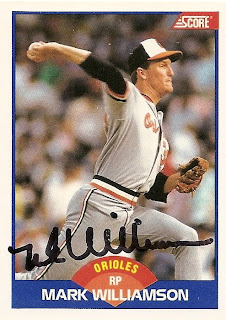 His signature in a thick sharpie is a little hard to discern. The first name is rough but the last name fills out very nicely. I think his signature would look a lot better in a thin sharpie, but that's just one mans humble opinion. 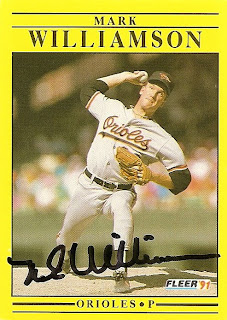 Again with this set. I had to take this card and put it into the personal collection since I dont have the Crown card yet. I have placed a 1990 Score IP autograph I had traded for into the trading pile.

On top of my TTM successes last week, I received 15 autographs from a trade on www.sportscollectors.net. I have the pictures scanned but have been a little longwinded with this post so I shall save them for a later date. Any of the Milacki or Williamson doubles are available for trade, just let me know.
at 8:42 PM