In my hiatus from blogging, I have been working on tracking down more autographs I need via eBay, and Sportscollectors.net.  I have had good luck on eBay with the harder to find guys and some deceased players, whereas SCN is great for the new 2013 roster guys.

Here are a couple that are of the postcard variety. 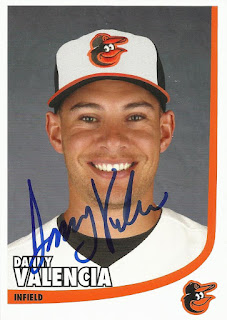 OK, I misled a bit.  All of these came from eBay, Valencia here being the most expensive.  These postcards usually do well, especially if it is a player with limited time in the Majors.  I was able to pick up a
Danny Valencia 2010 Bowman Draft Picks 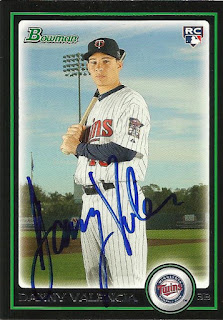 Which is for trade. 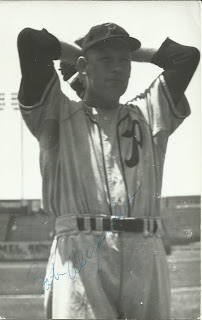 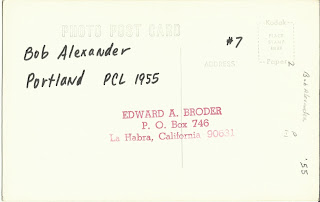 Even though he finished his career with a 1-1 Major league record, Bob was a minor league pitcher.  He played in 19 minor league seasons and only 9 games in the big league.  He spent the twilight of his career in the Pacific Coast League' Portland Beavers.  See photo above.  I am a huge fan of old postcards and index cards.  It wasn't as easy as picking up a lot of 1000 cards on eBay of your favorite team and sending out for requests.  You had to truly want it
Leo Hernandez Rochester Red Wings Photo Card 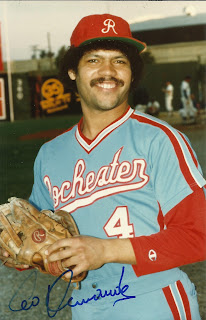 A lot like Bob, Leo was always more of a minor league kinda guy.  He spent 9 years in the minors after being drafted by the Dodgers.  Four of those were with the Birds AAA affiliate in Rochester before he was sent to the Yankees as a "Player To Be Named Later".  He finished his career in the Mexican league and is a notoriously difficult signer with no known addresses, successes and only minor league cards.
at 12:00 AM