With three hours to kill between sessions there was no better way to kill time by hunting down some more autographs.  I was able to meet up with some old friends, Austin and Ed, and I also was introduced to Dion.  We have talked many times before and have traded multiple times on my Blog, but never put two and two together.  Now we know.

I heard "no" a lot.  Handlers were doing their job and deterred many before we could even ask.  I asked Mike Wright to sign and took five minutes to convince him and his handler to sign one card.  They stopped walking to talk to me and tell me he couldn't sign.  The handler said that Wright would "get in trouble".  I told him they were trying to scare him and he would be fine.  He relented eventually and I was drained. 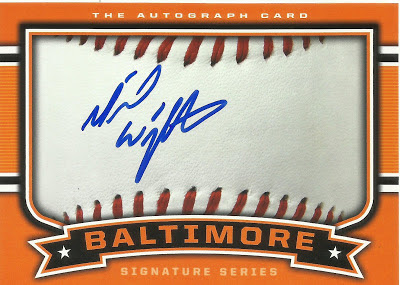 Now he just needs to crack the Major League roster to make my groveling worth it.
Jim Presley Orioles Postcard 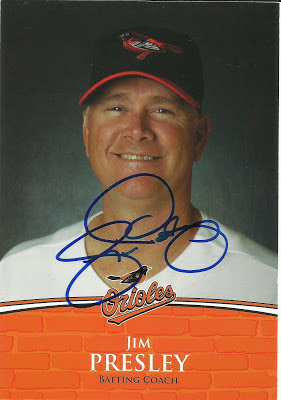 Presley was milling around the stage aimlessly for nearly an hour and I took two opportunities to have postcards signed.  He had no handler, no posse.  He was merely handing out, listening to the panel discussions and partaking in a few as well.
If anyone is collecting Orioles Coaching Staff or former players, this one is looking for a nice home.
This next group doesn't have much of a story, recognize, ask, sign.  Done.
Zach Britton 2012 Topps Orioles #BAL-16 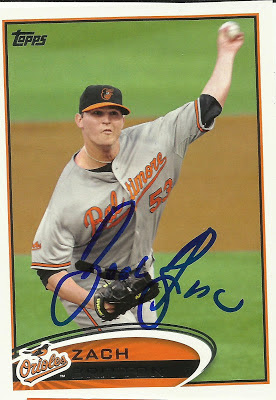 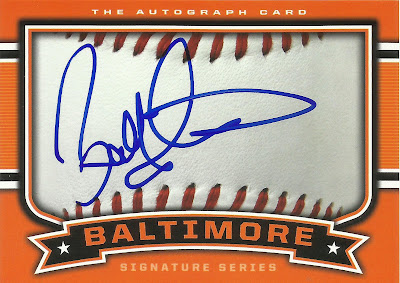 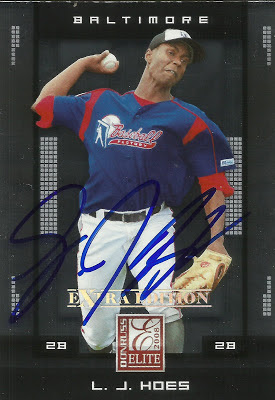 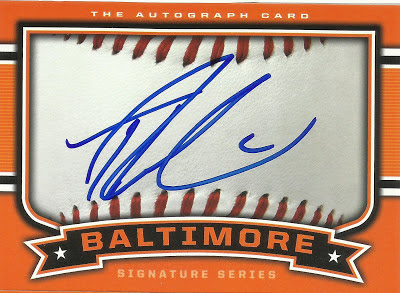 I missed a shot at Dylan Bundy because I didn't recognize him, he just seemed too small.  Not even close to 6 feet tall, but I Still should not have missed him.  After his Future Stars panel discussion with Manny Machado, Xavier Avery, Jonathan Schoop and L.J. Hoes, Dylan did the unthinkable.  He stopped and signed.  A ton.
Long arms help and I was able to slip this one to him:
Dylan Bundy 2011 Bowman Draft Picks and Prospects #BDPP18 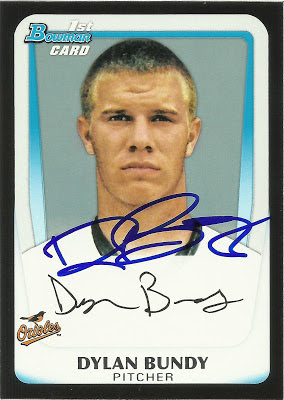 Dylan kept plugging away and I had another card so I figured I would give it a go.
Dylan Bundy 2012 Leaf National Sports Collector's Convention #VIP 5 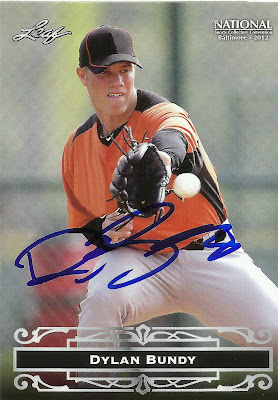 Dylan was near silent the entire time but he was a machine.  Spent nearly 15 minutes signing with his handler tapping the foot and urging him to leave the entire time.  Much appreciated Dylan, thanks a million.
If anyone is in need of the NSCC card or any of the other listed available let me know. Who knows, the orange jersey may be attractive to a few of you?﻿
at 1:01 AM