This weekend marked the first time since 1994 the Baltimore Orioles swept the Boston Red Sox at Fenway Park.  They did so in quite a dramatic fashion...twice.

The series started with a 13 inning game showcasing more of the Orioles league leading bullpen.  They pitched eight innings in relief and allowed zero runs, waiting for the Orioles bats to wake up.  They did just that in the 13th inning, scoring twice.  A very nice start to the series, keeping their modest two-game winning streak alive.

Saturday afternoon they decided to make it easier on fans.  A 7 run third inning was all Jason Hammel needed to grab his third win of the season.  The bullpen was perfect yet again.

What did they have in store for the fans on Sunday?

Only the best game of the year.

Three early home runs gave the Birds a 5-0 lead that was eliminated when rookie Will Middlebrooks hit his first career home run.  The grand slam knotted the game at 5.  Nine innings weren't enough to decide a winner as both bullpens were ridiculous.  Ridiculously good.  Troy Patton did give up a run in the 8th inning, ending a 20+ scoreless inning streak by the bullpen.

Then things got interesting.  Leadoff runners, awful bunts and double plays pushed the game closer to the six hour mark.  The Orioles had too many chances to win and seemed to give up in the 16th inning.

Designated Hitter Chris Davis made his first ever professional pitching appearance in the top of the inning.  Not a good sign.

Apparently Buck Showalter knew something we didn't.  Davis topped out at 90MPH and showed a great split finger fastball.  He actually looked like a pitcher.  He struck out the first batter he faced, recorded a second out, then Marlon Byrd reached via error.  A double to the gap in left-center seemed to end it all.  Adam Jones to J.J. Hardy to a diesel Matt Wieters at home plate cut down Marlon Byrd and the Red Sox.

The Red Sox then gave up in the 17th pushing Darnell McDonald on the hill.  A three run shot from Adam Jones gave lead for Davis to lose.  He made it interesting allowing two runners, striking out Adrian Gonzalez and inducing a game ending double play.

Truly amazing.  I watched nearly the entire game and was riveted the entire time.  Chris Davis is now my favorite player.  He went 0-8 at the plate and struck out five times and was able to go and win the game as a pitcher.  He is a first baseman people, not a pitcher.  After the game he said Buck talked to him in the 14th to see if he could go.  A two inning heads up and he can strike out Adrian Gonzalez, heroic.

Hopefully they can continue to be hot, I will be watching.  How long until everyone else tunes in? 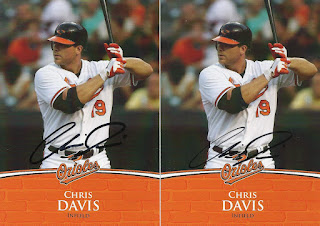