One of the sites that has served me well over the years is SportsCollectors.net.  It is a great reference for addresses, complete team listings, successes adnfor trading.  Paternity leave didn't allow for a ton of time, but I was able to carve out some baseball card time. Here are two additions of deceased players I was ale to add. 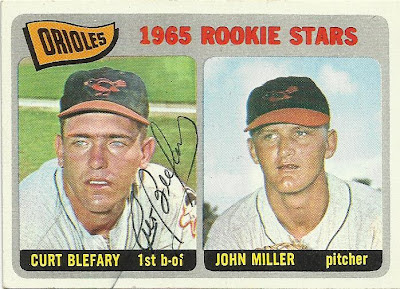 Blefary made his Major League Debut in 1965 for the Orioles and put together a standout season.  He hit .260, drove in 70 runs with 22 home runs, enough to earn him American League Rookie of the Year honors.  Blefary could always hit, but his sub par fielding eventually limited his time in the starting lineup.  He bounced around after Baltimore, hanging up his spikes following the 1972 season.

After his playing career ended, Curt migrated South as many Northerners do.  He lived in Florida until his passing in 2001.  He always had a connection with Baltimore and the fans here.  His burial wish was to be interned at Memorial Stadium, but that couldn't happen.  Instead, his ashes were scattered at the stadium in a private ceremony. ﻿ 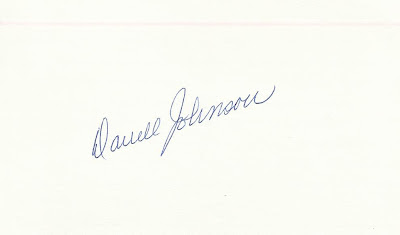 Johnson appeared in six games for the Birds in 1962 to finish off his ten year career.  He was ineffective at best and was soon able to start the second phase of his baseball career, management.  He was a scout before finally moving back into the dugout.  He managed the Red Sox for three seasons, reaching the 1975 World Series.  He became the original manager of the Seattle Mariners and then the Texas Rangers.  All in all, 30 years in professional baseball, not a bad run.  Darrell succumbed to leukemia in 2004.