It has been a little while since I sent out TTM requests, so my infrequent successes are to be expected. Last week I received my latest success: 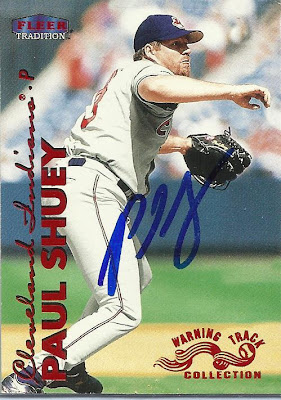 Shuey is best known for his nine seasons as a Cleveland Indian, but did spend a season in Baltimore. He was out of the big leagues following the 2003 season recovering from a hand injury. He made a hasty retirement 2005 but felt he could still go. He made his comeback as a Bird in 2007. Somehow, he was able to pitch in 25 games, with a staggering 9.82 ERA. He was released before the season ended, thus ending his career.

Unfortunately for me, I added a Shuey autograph in a trade a couple of months ago. I don't get to cross a name off my list on this one. Bummer. His short time in Baltimore didn't allow for him to appear on a card as an Oriole, Indians will have to do. But I do have a 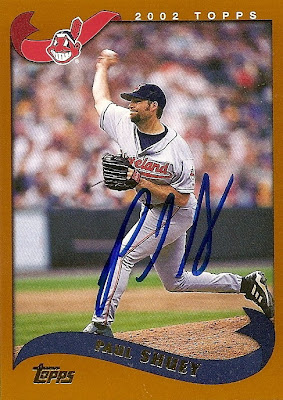