I don’t want anyone to be alarmed; it is just a dramatic title for a basic post. Did the hook work, are you still reading?

If so, here is the upsetting part:
I just added two difficult autographs to my Orioles collection, but they are of a Yankee and a Red Sox player. How disturbing is that? 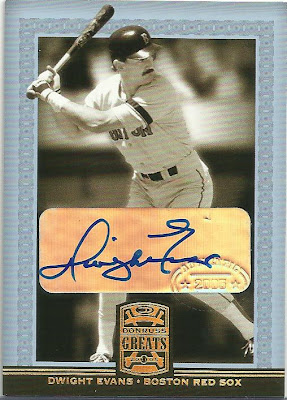 Evans finished up his 20 year playing career in 1991 as a member of our club. The first 19 seasons he was of course our rival to the North, amassing 379 homeruns for the Sox.

He didn’t tear the cover off the ball in Baltimore, but I don’t think anyone expected that from a 40 year old, pre steroid era. He did hit a solid .270 over 101 games before retiring.

Evans doesn’t sign TTM and I haven’t been lucky enough to track him down through the Sox organization or public signings. This will have to do for now but he has a handful of Orioles cards I would love to swap for this puppy if anyone is interested. Also, I am not above stalking so if you know when Dewey is, I could track him down. 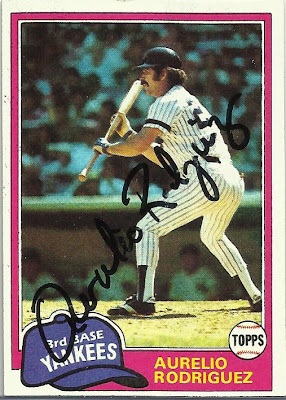 Aurelio is another player to spend the twilight of his career with the Birds. But unlike Evans, he was not a member of the Evil Empire for very long, playing the majority of his 15 seasons with the California Angels and Detroit Tigers.
at 4:48 PM