The weather on Wednesday was so much better than the day prior.  I didn't feel like I was melting and sweating all over my cards when out all day.  It made for a much better atmosphere and it seemed to pay dividends with the players.  All in all I was able to take home seven new autographs, four of which were former All-Stars. 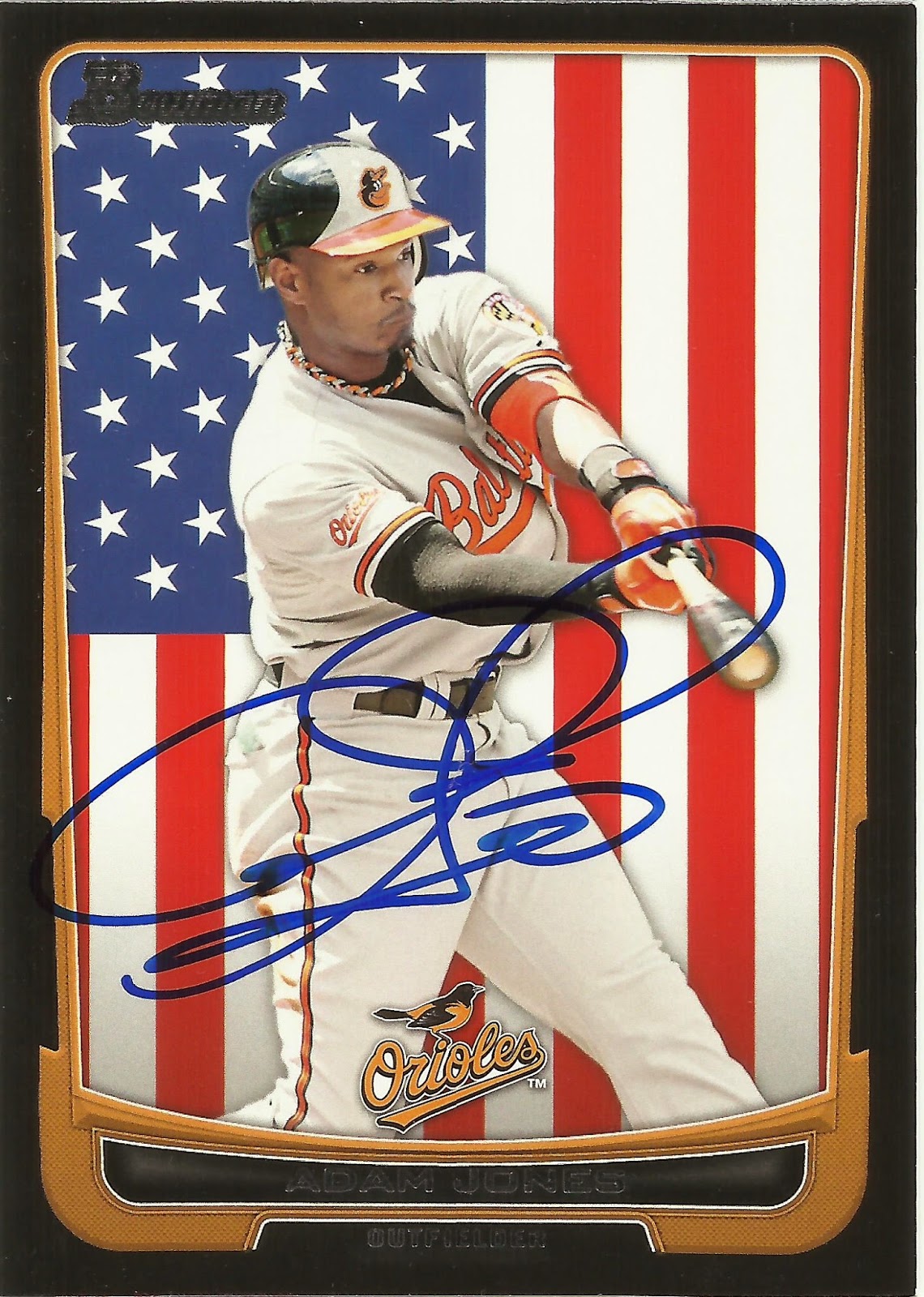 Yep, he picked up a sharpie.  I was as shocked as the other seven graphers outside prior to the game.  It wasn't planned but Jones may have been tricked into thinking only two people were waiting.  The shade just made a lot more sense.  He reluctantly signed for us all and didn't say anything except, "I don't like to take pictures" when asked.  It didn't bother me, I was just happy he signed making the morning worth it. Now I have this absolutely beautiful card in my collection, with another nice one on the trading block. 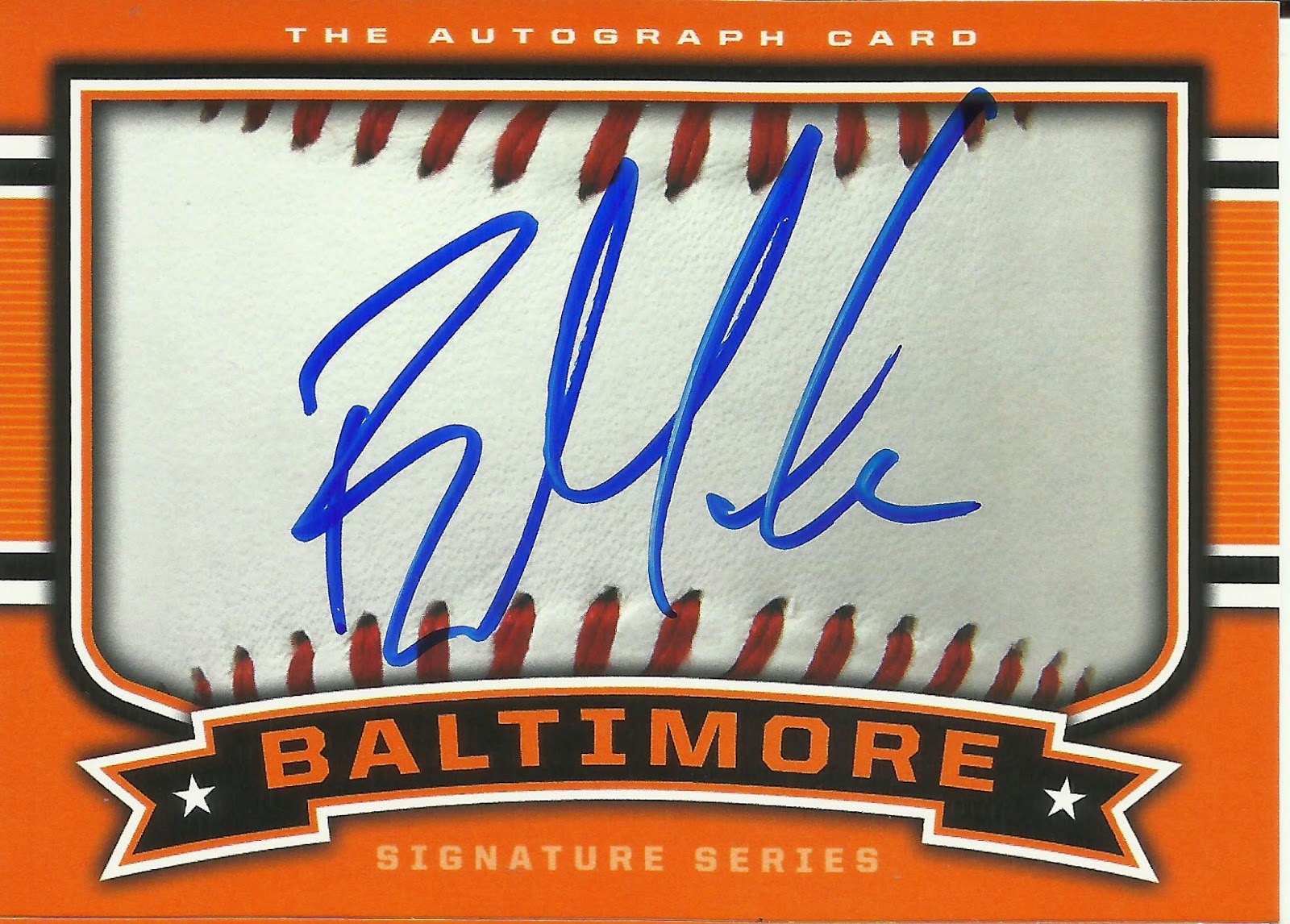 In the starkest of contrasts to Adam Jones, I give you Evan Meek.  Evan was absolutely fabulous.  He came over with little prodding and first thanked us, the fans, for supporting him and the team.  He gushed that he could not have been happier to be back in Baltimore.  Once he signed for everyone, he asked if there was anyone he missed and posed for photographs.  The whole time he had a huge smile on his face before thanking us again.

Oh yeah, he was the 2010 All-Star selection of the Pittsburgh Pirates, even though he never made it into the game. 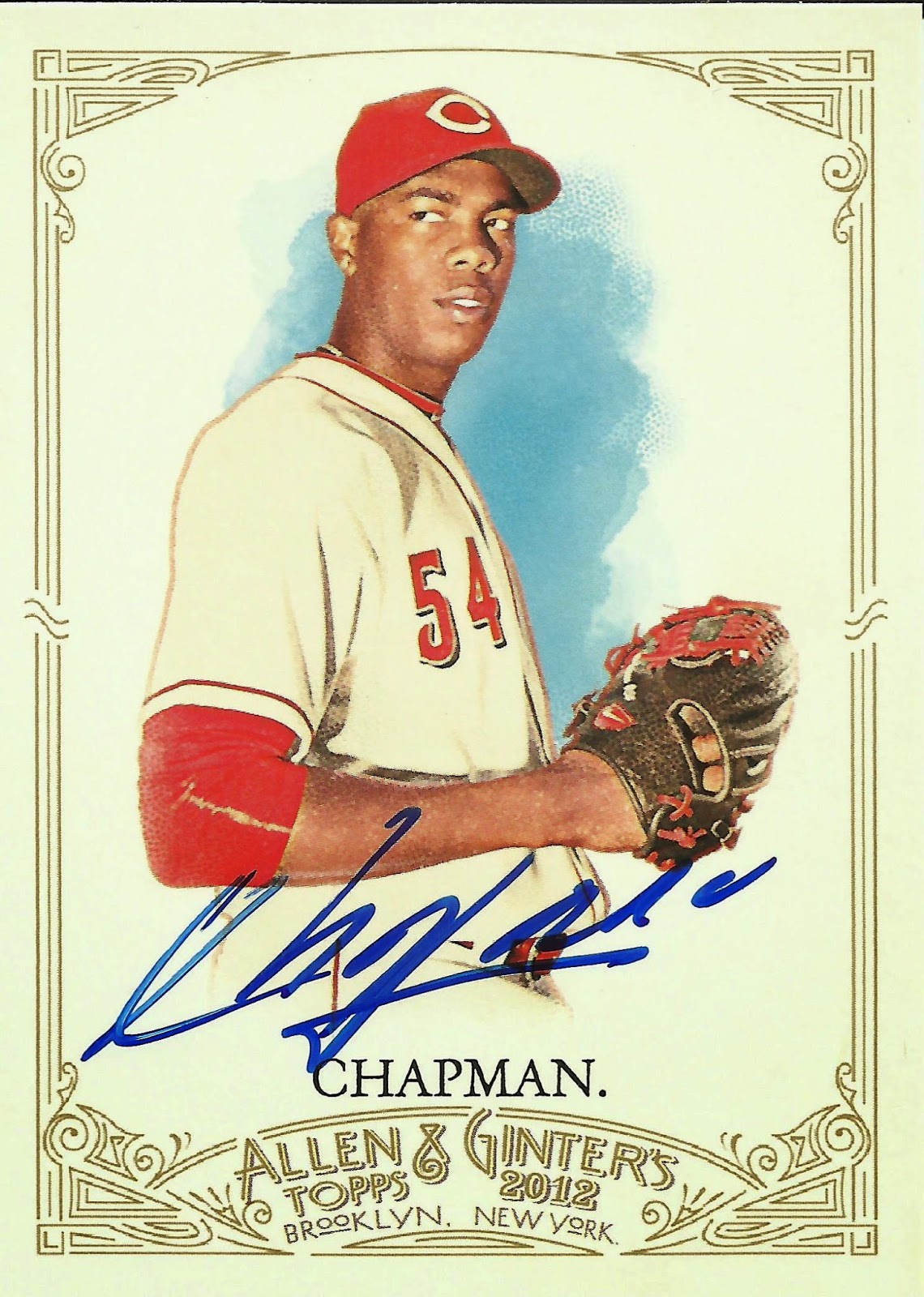 Three time All-Star Chapman was unassuming when he came out the dugout.  I didn't even hear his name called, he just sort of appeared.  It didn't take long for word to get out and he was absolutely mobbed. 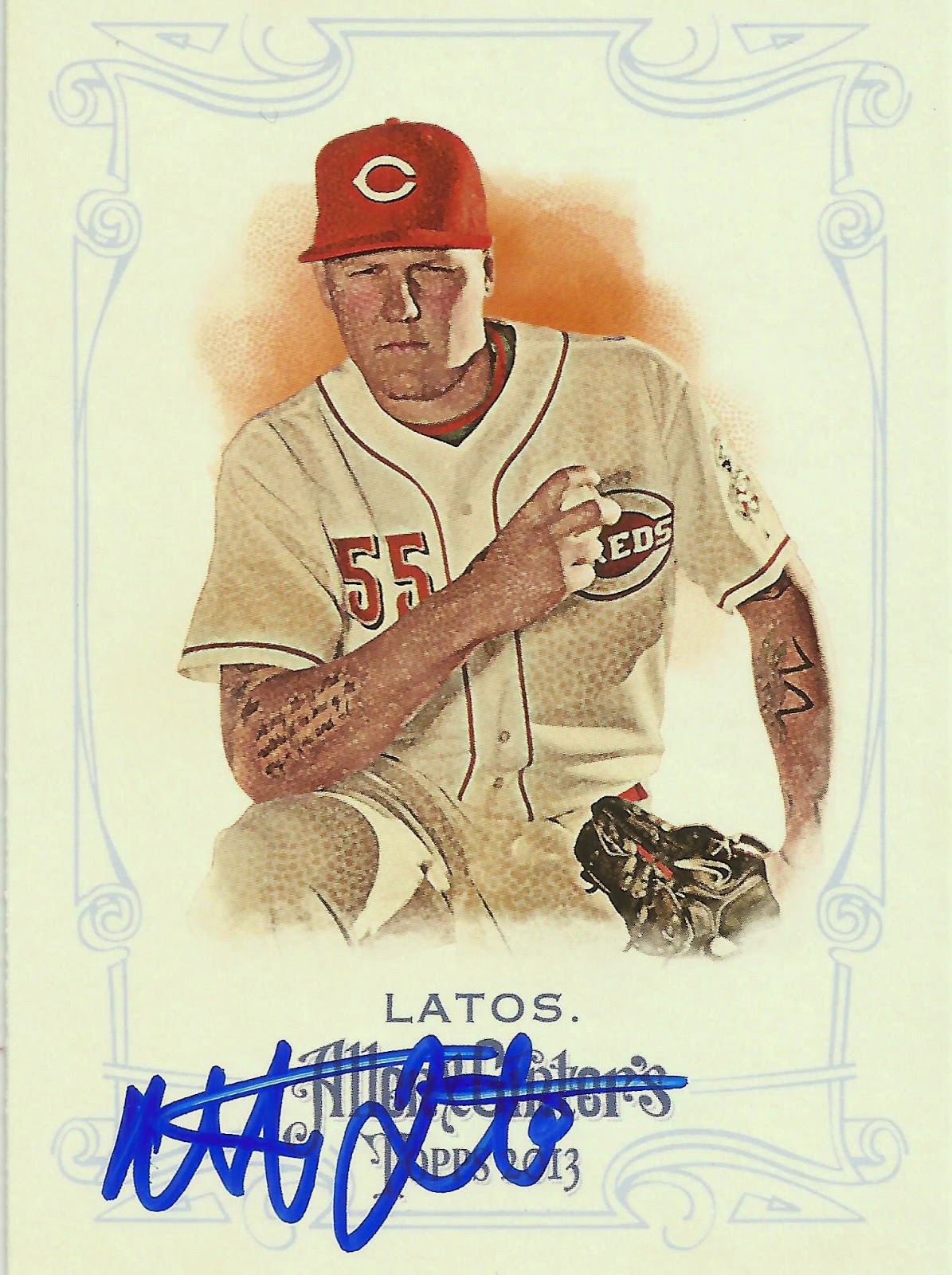 OK, this is a stretch.  Latos never made the MLB All-Star game, but was selected to the 2009 Futures All-Star game.  I am sure he has been deserving, so this is my homage to him and his career (I already had the concept for this post set, so I decided to be stubborn and not change).  Ginter is a set that I like signed much more tan I like busting packs of.  They lend themselves very well to autographs and are collectible.  Anyone looking to add these to their sets?
at 12:00 PM