Tuesday was a hot, humid, disgusting, uncomfortable day.  Temperatures in the 90's with 90% humidity coupled with the start of the school year, severely depleted autograph seekers before the game.

Only a handful of coaches and players were dropped off by taxis and recognition was difficult.  Not a single big name Red was visible so the likes of Manny Parra, Jumbo Diaz and Jake Elmore  escaped without being asked to sign.

I was fortunate to recognize the two players below. 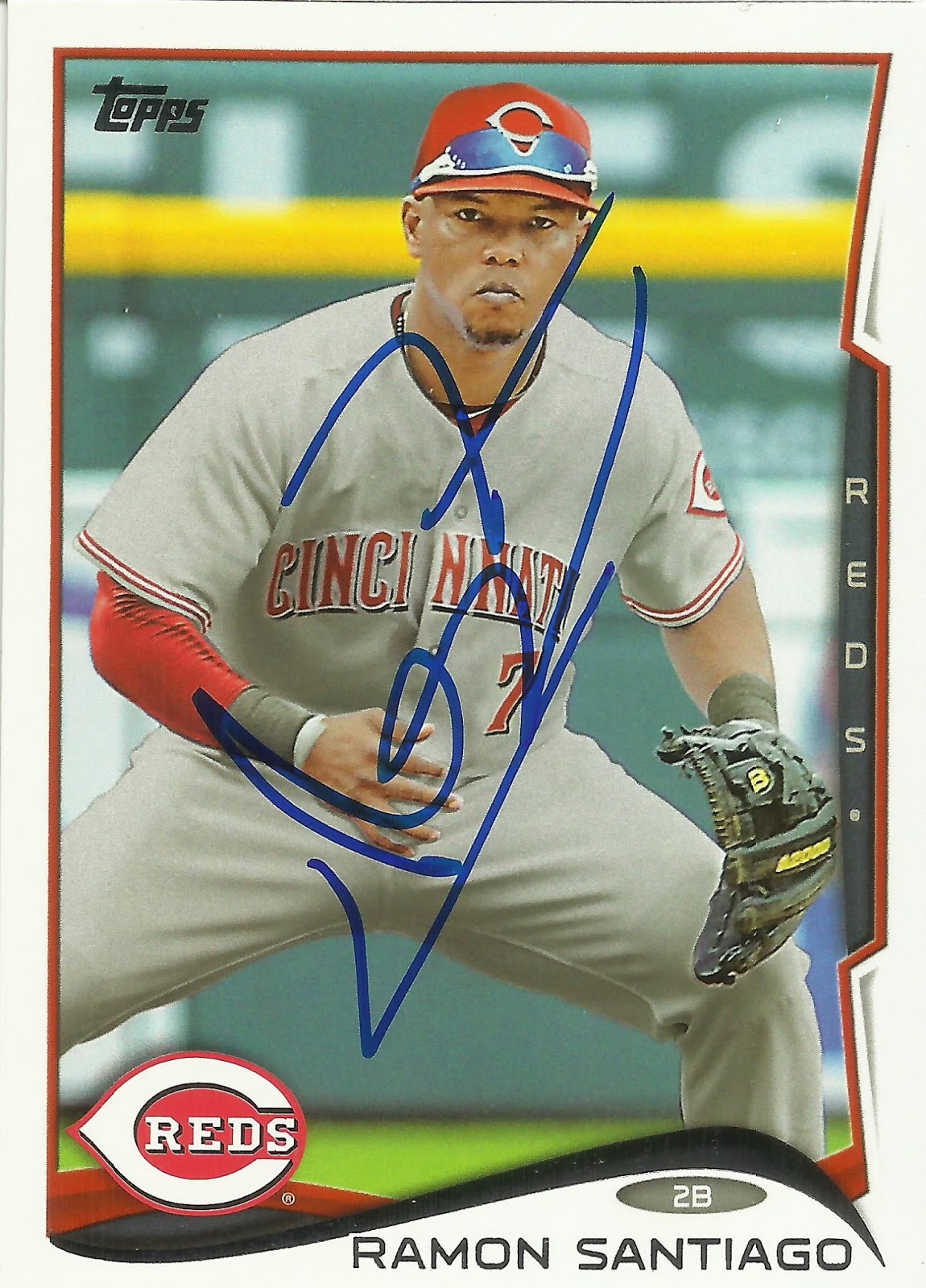 Ramon was not a fan of the heat and humidity in Baltimore as he high-tailed it into the stadium.  He gladly signed for the few of us waiting, but you could tell all he wanted to do was get inside the stadium.  Ramon was accessible all three days of the series, but this was the only card I had of his.  And I traded it away the following day 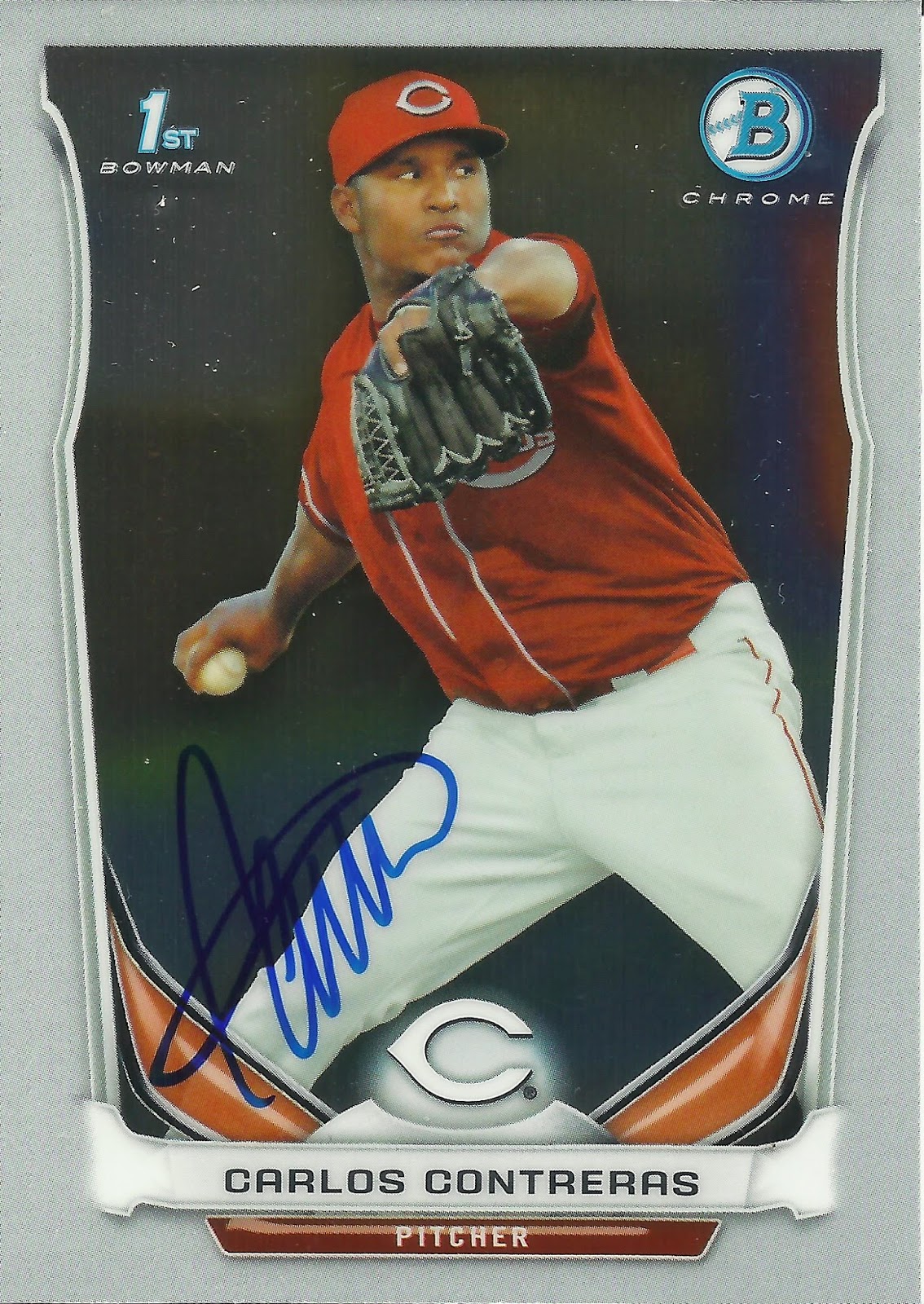 Contreras was a difficult face to pinpoint.  He, Daniel Corcino, Nelson Antigua and Ramon Santiago all look a lot alike.  I quietly questioned "Carlos?", when he passed by.  He looked up slightly and the rest was history.  I am a huge fan of this card and how the signature pops off the white of the uniform.  When Chrome cards sign well, they are some of my favorites all around.

Apparently, Ubaldo Jimenex and Mike Bordick are as close to guarantees as there is with this team.  Neither hesitated when asked and signed multiples for anyone that wanted.  And that was it for the Orioles outside the stadium. 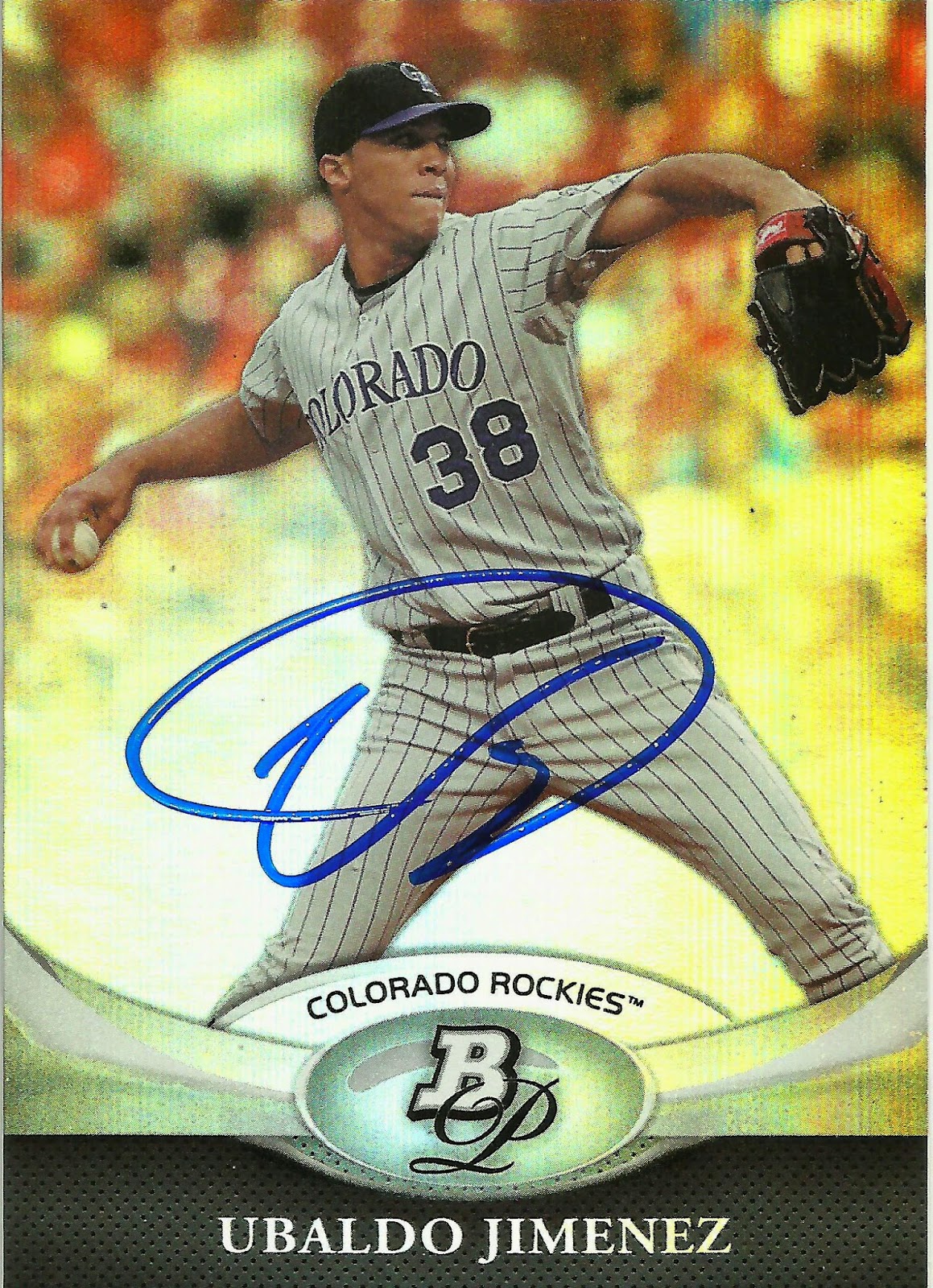 I just received a trade in the mail for an Ubaldo and this accompanies it on my trade list. 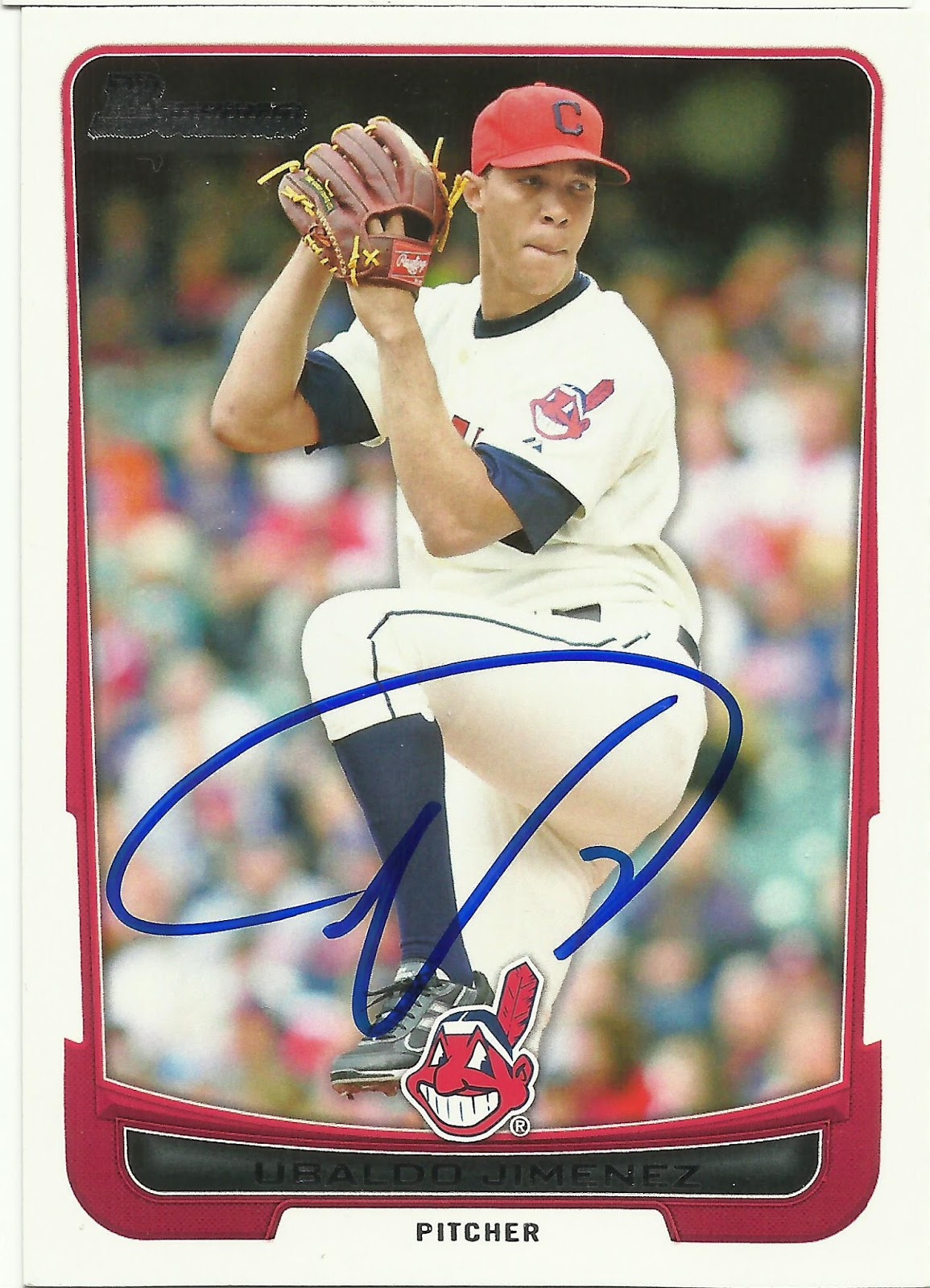 There is not much to his autograph, but I like how fluid it is.  This card will stay in the collection...until an Orioles card can be secured. 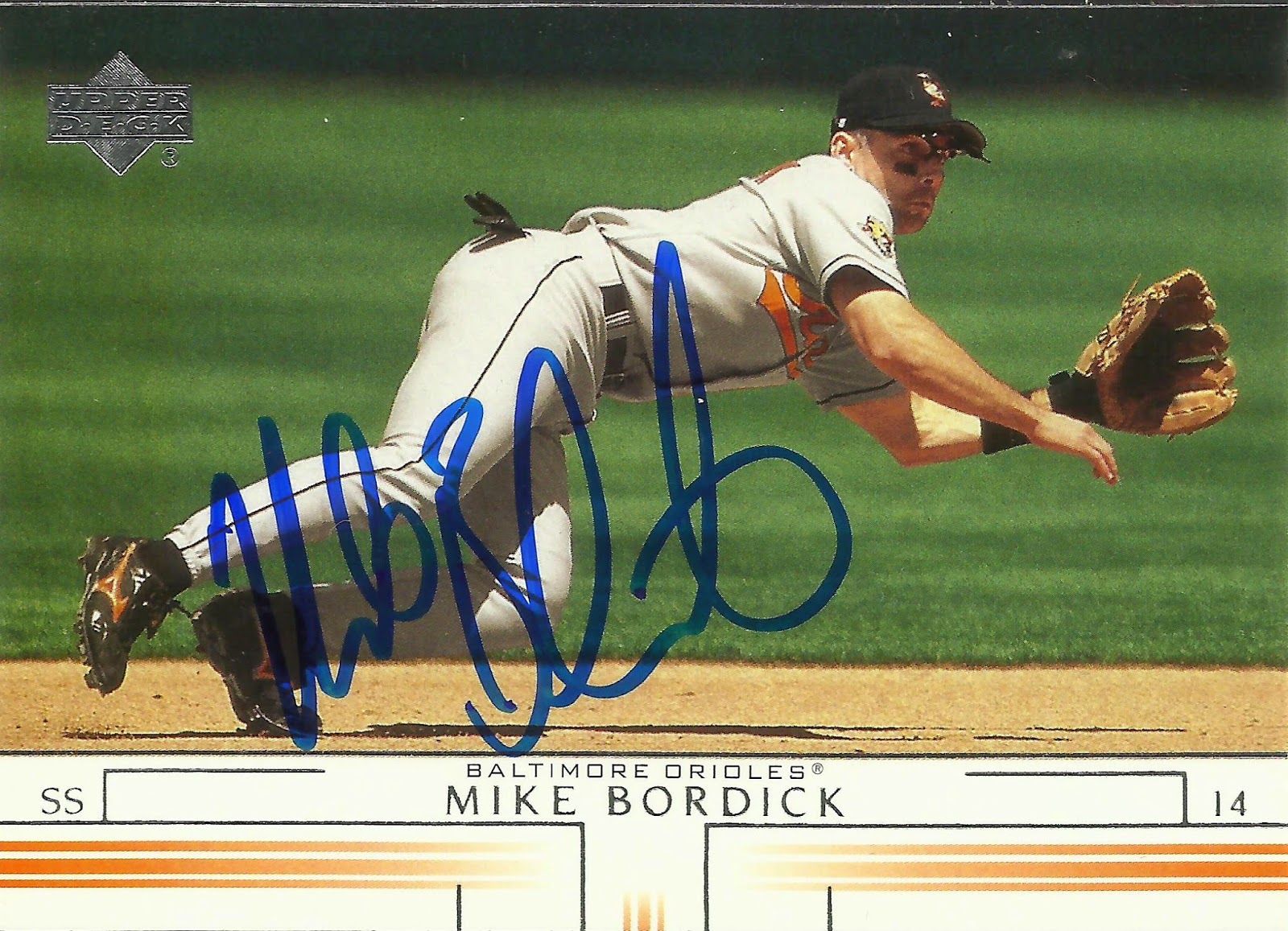 Not much to say about Bordick.  He's a super guy, great signature and great card.  I have a few others that are just as awesome, so this beauty is available for trade.

Inside the stadium, the Orioles were brutal again.  The stadium opens to fans as Oriole BP is ending.  All the big name players are in the clubhouse relaxing as we are filing in.  The rest of the team was unable to stop for a moment.

The Reds on the other hand were glad to pick up a pen.  I was without items for Jake Elmore, Chris Heisey and Ryan Dennick as they were signing.  But I was not shut out. 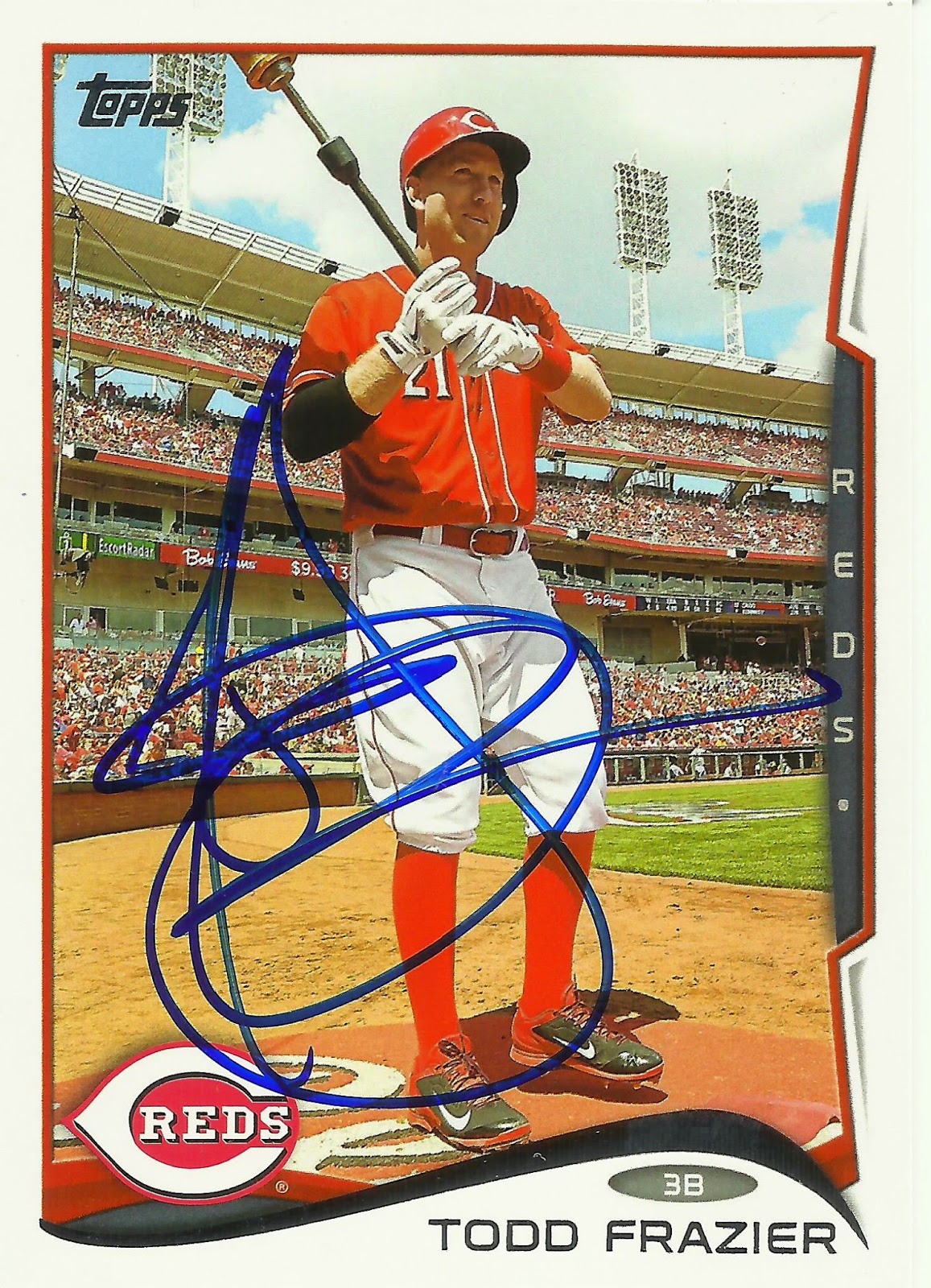 Frazier had a ton of family in town for the game.  Being originally from New Jersey his family made the trek to see him and they all made their way to the third base line.  When he connected with his family he made time for all the fans waiting and signed about 100 autographs.  He was not pleasant or making small talk, just seemed like he was all business.  First All-Star signature of the week. 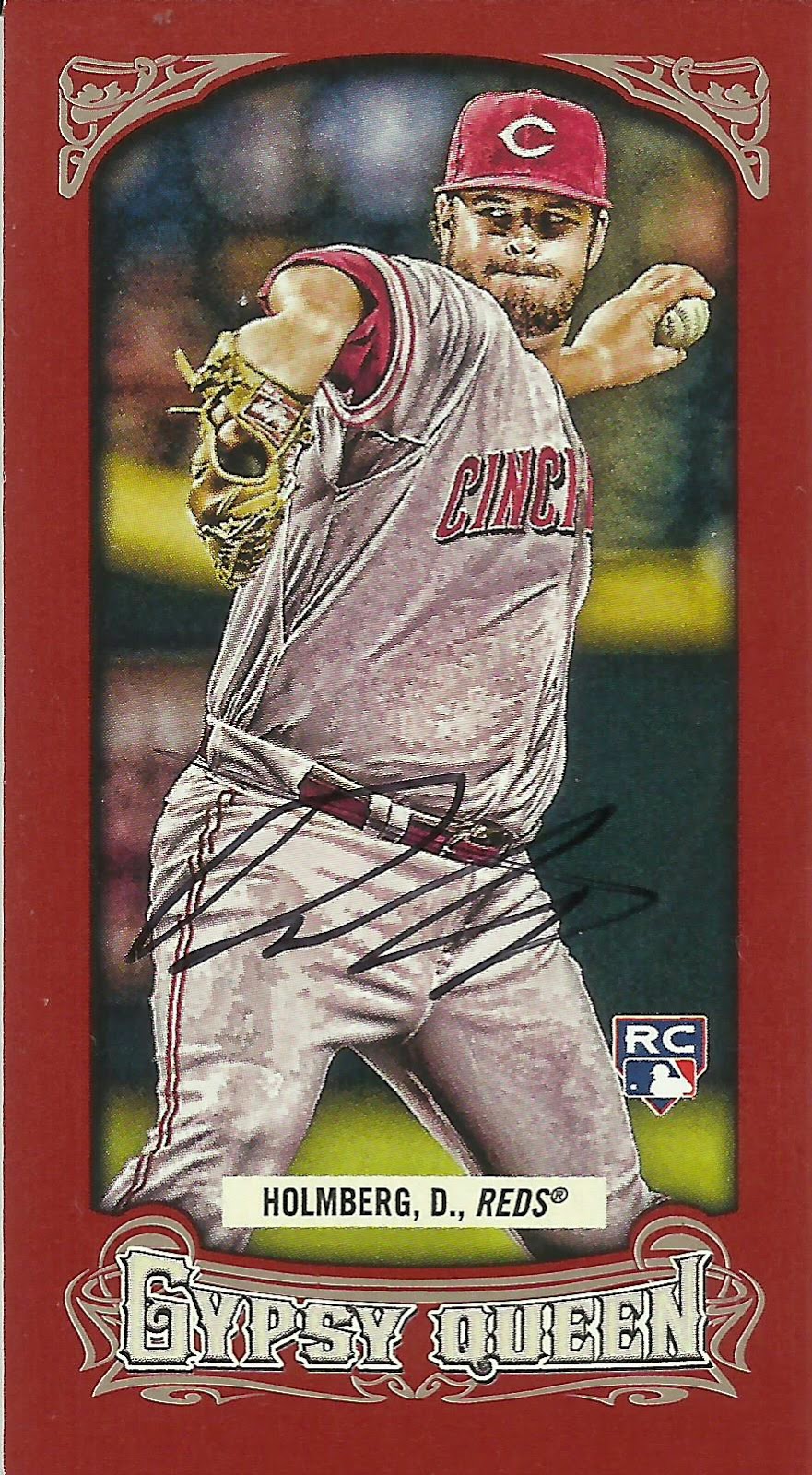 Normally, I am always a blue sharpie kinda guy.  But this card is so damn small, my normal blue wouldn't have worked.  He had a hard time handling the card and pen, but it was all I had.  I don't have a normal size reference to see how much the mini impacted his autograph. 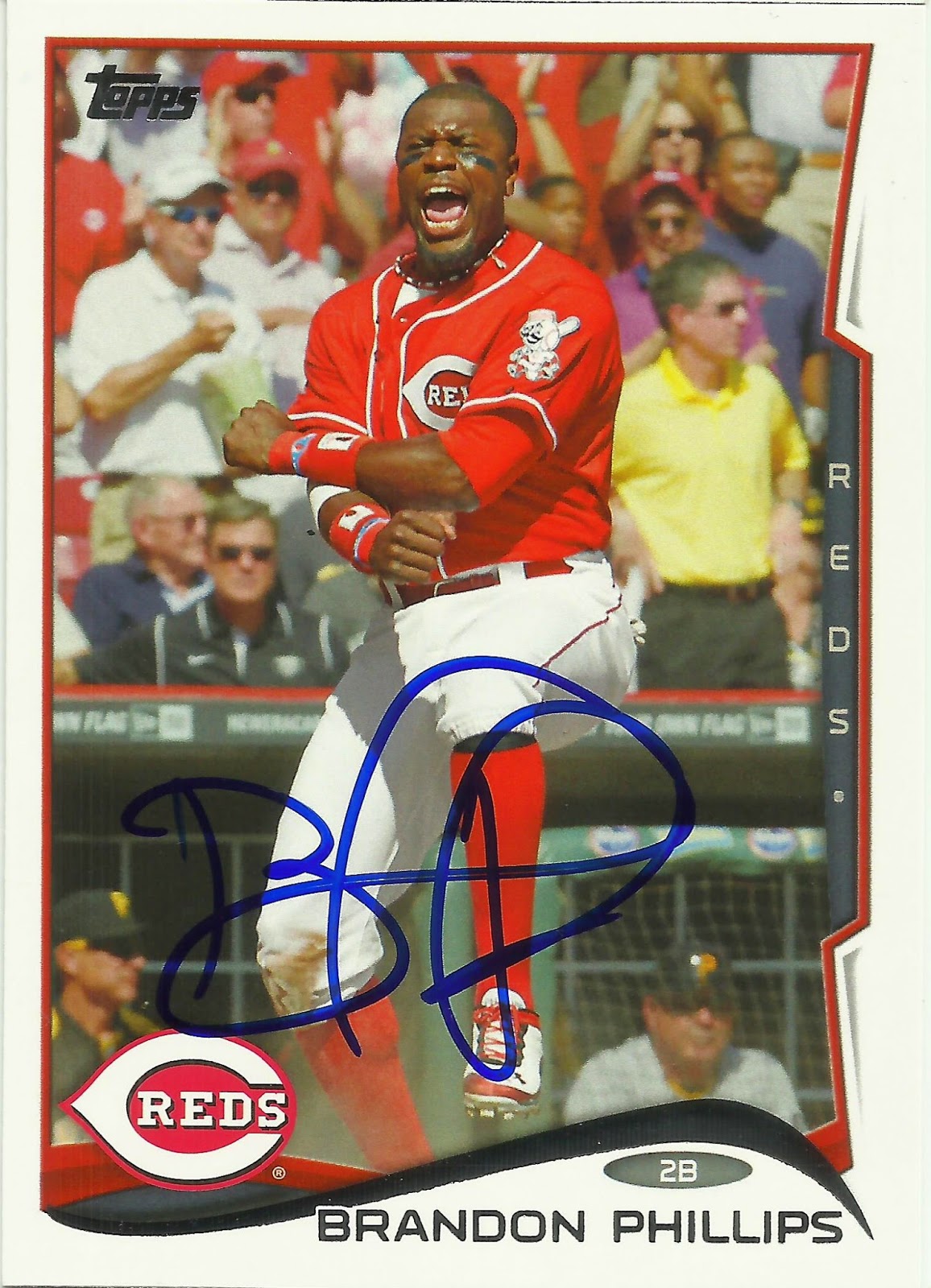 Dat Dude.  Awesome Dude.  After realizing that he started in the middle of the third base line, he redirected and went to the furthest point to start again.  He literally signed until they made him stop before the National Anthem.  He took pictures with anyone asking, shook hands and always had a smile on his face.  He apologized to the few people he was unable to get to at that time.  All-Star number two.

So day one was miserable and two hours of rain delays didn't help things at all.  Even with a limited number of autographs the quality was definitely there.