Here is the last of the haul from FanFest this year.  Each of these autographs will be an upgrade to the collection for a variety of reasons.
Dylan Bundy 2013 Topps Alen & Ginter #79 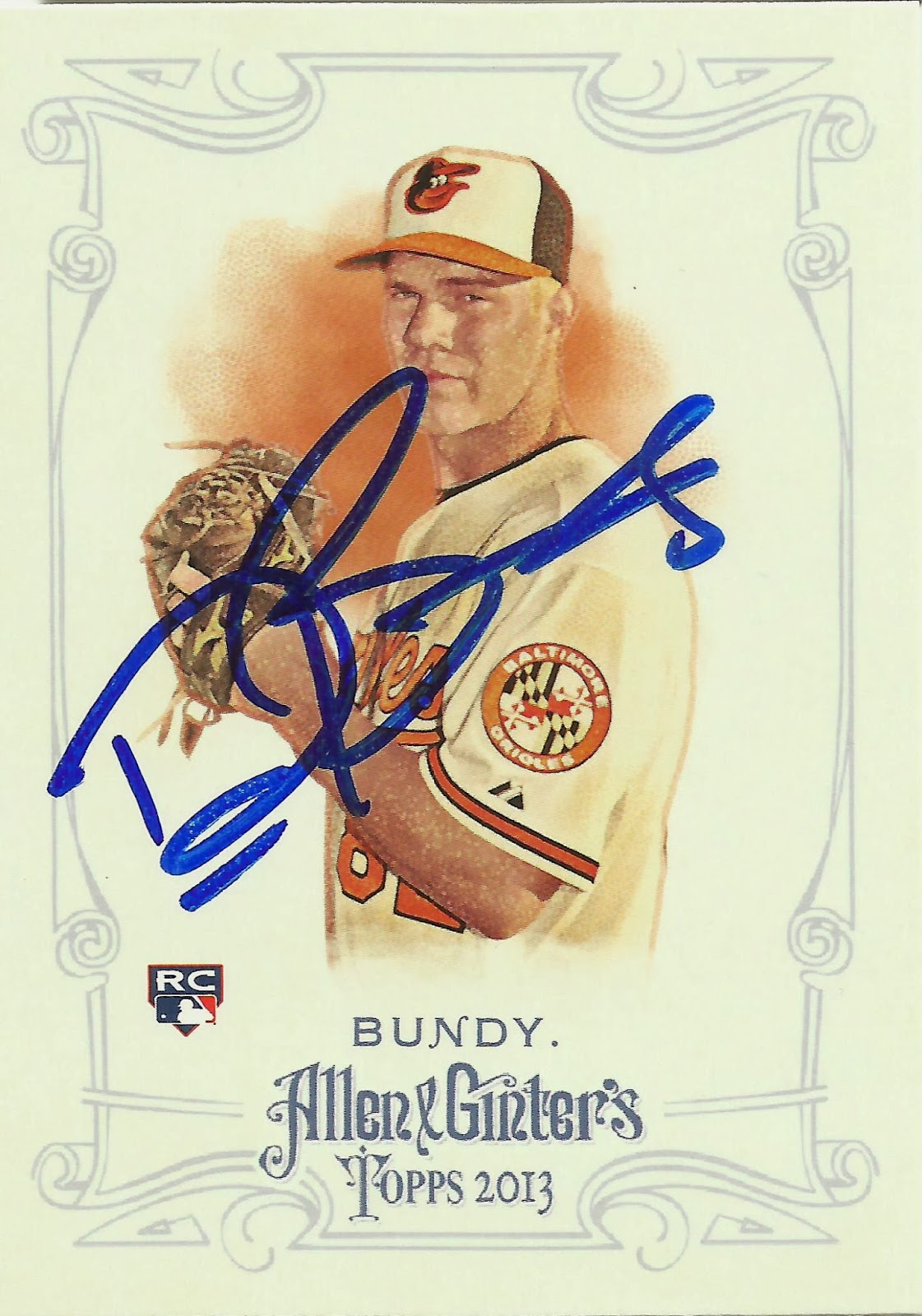 Bundy was a machine during the day.  He signed every time he was walking the floor of the Convention Center.  I have yet to see him showcase much of a personality but I am 3/3 graphing him.  Many of the other graphers were talking about him being moody.  Some days he is amazing and others, downright awful.  I am glad that during FanFest he has had good days. 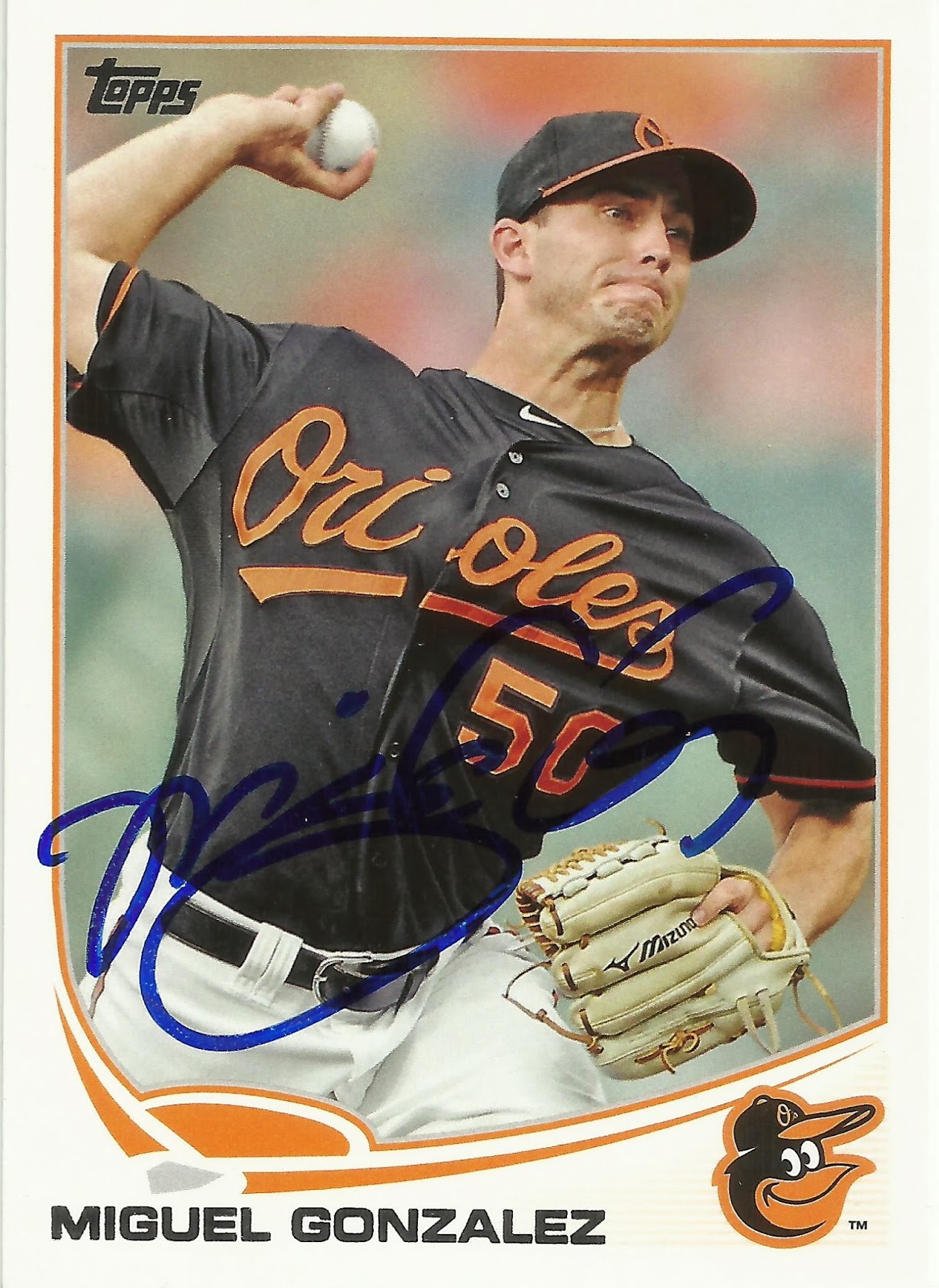 This was an uneventful autograph, so not much to say.  I do have his signed postcard from last year available now. 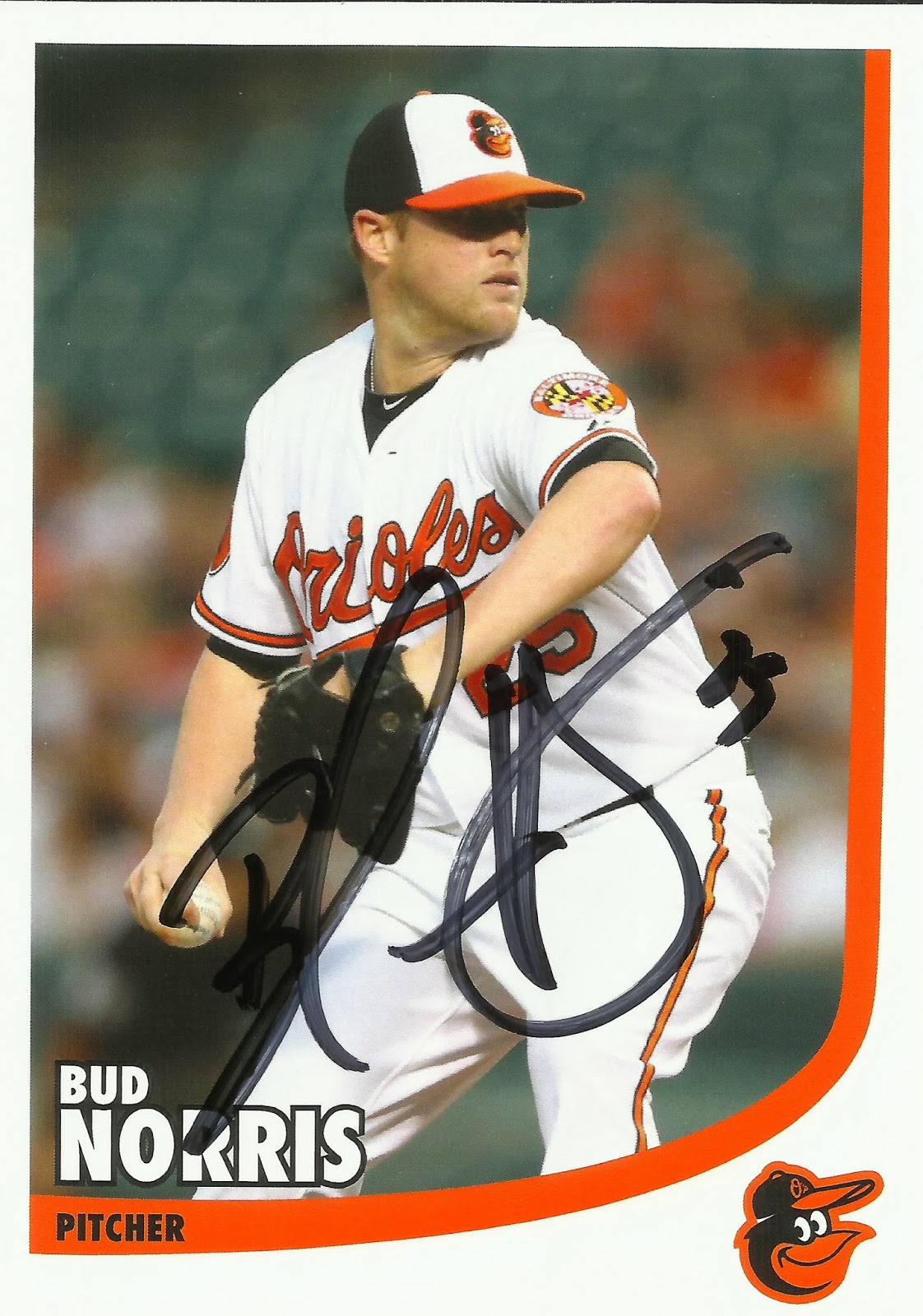 Norris was part of the free session to start the day and I needed to scoop up a Postcard.  He has yet to appear on an Oriole card, but I can see that changing this year as he seems sure to be in the starting rotation.  In my limited encounters with Bud he had been reluctant to sign, so when he also signed the card I gave him I was surprised.  Pleasantly.  So now I have his 2008 Donruss Threads and  2013 Topps autographs available for trade. 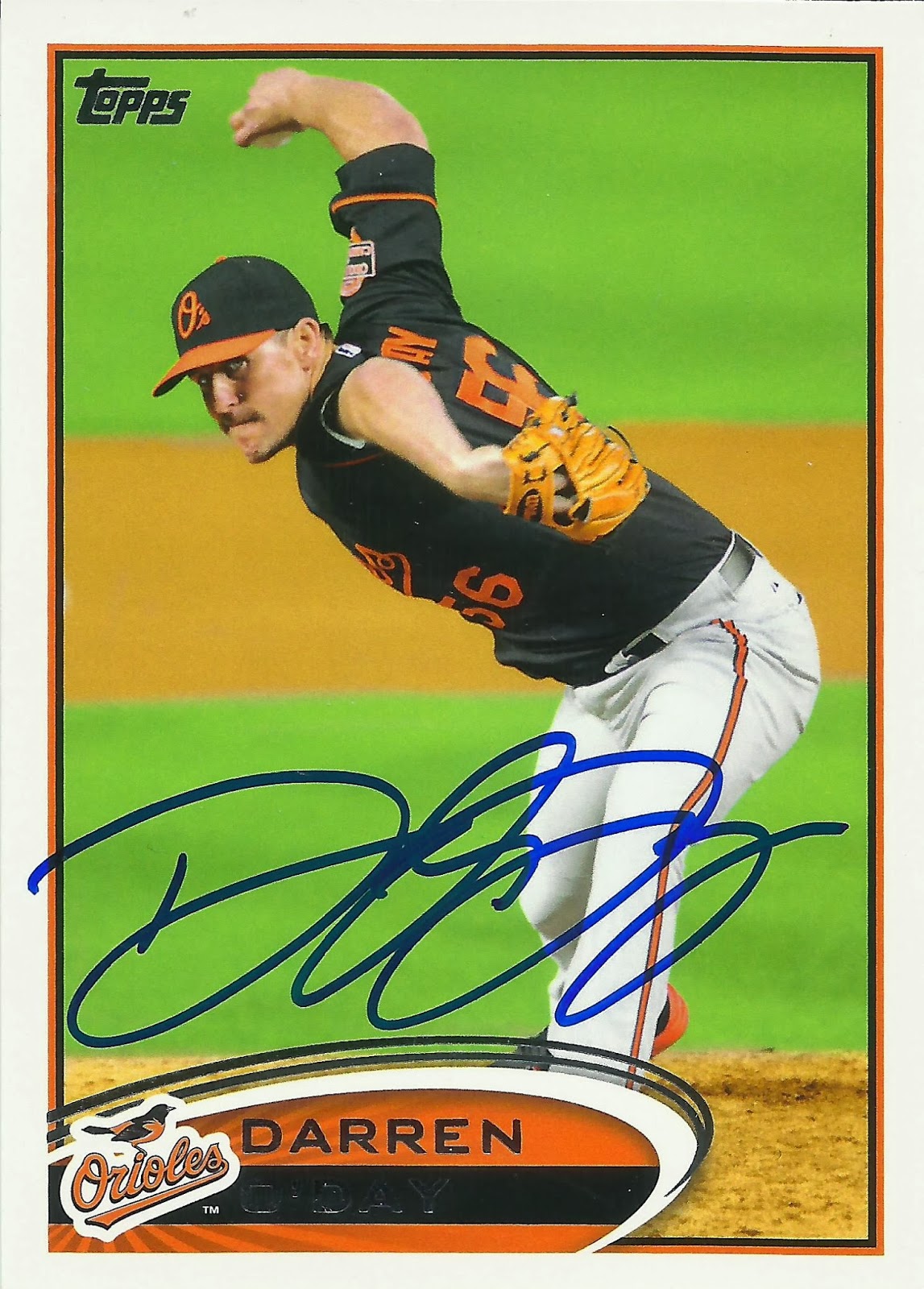 Darren is one of my favorite Orioles and I hope he has another great season.  I feel like he has the ability to be the closer, but his unorthodox delivery has little proven success in the closer role.  Either way, I like the way the bullpen seems to be shaping up.  I now have a signed Postcard from Darren available if anyone is looking.
Steve Pearce 2010 Topps #530 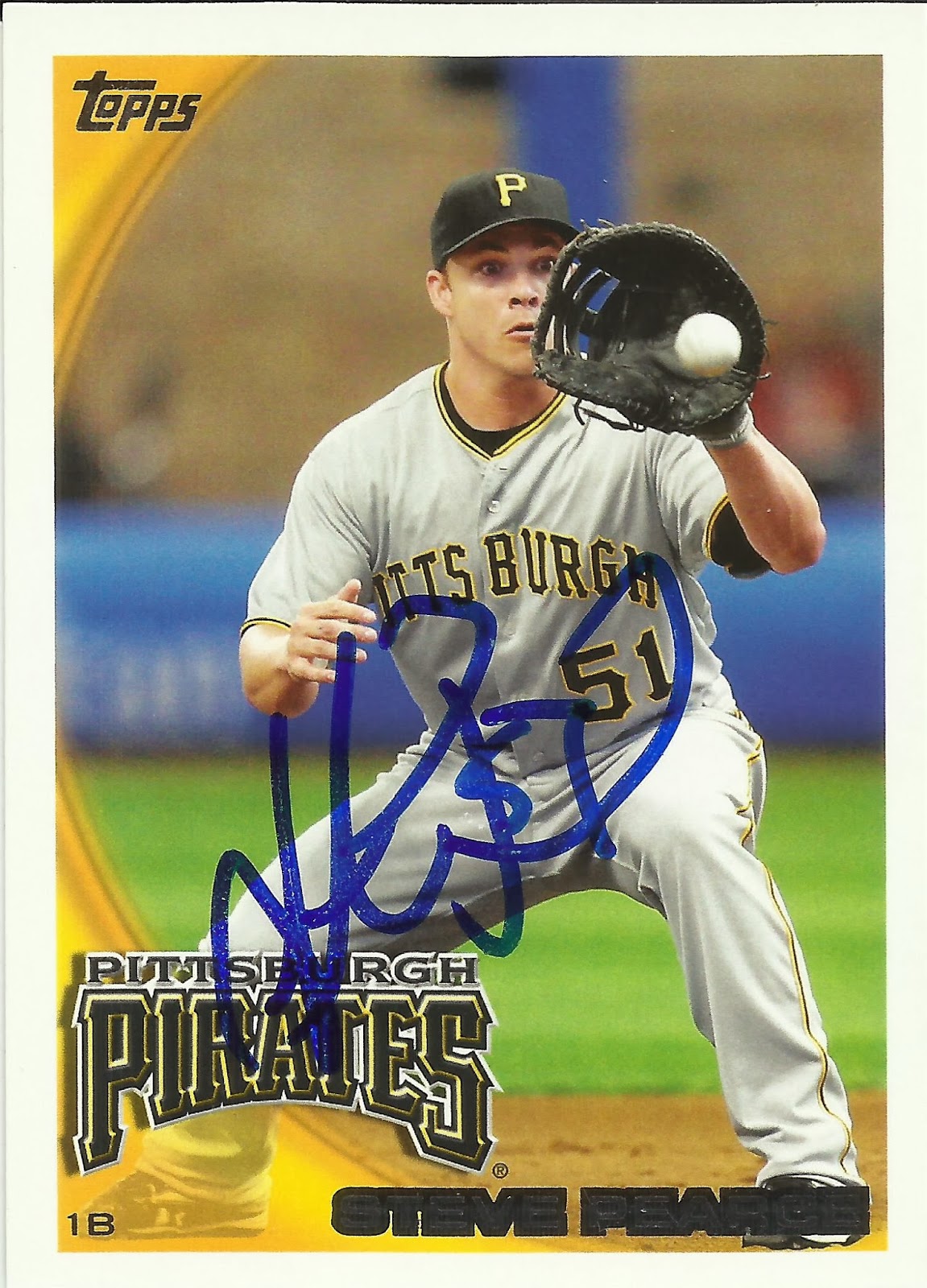 Pearce had the best handler at the event.  She stayed directly on his hip each and every time he was in the open.  She even shot down requests before we could ask.  Steve never had to say a word.  Then came the food line.  A long line directly in front of the players entrance caused Steve and his handler to be separated and he finally relented.  Until she came back.  A certified 2008 SPx Autographics card is available since this in person beauty is home. 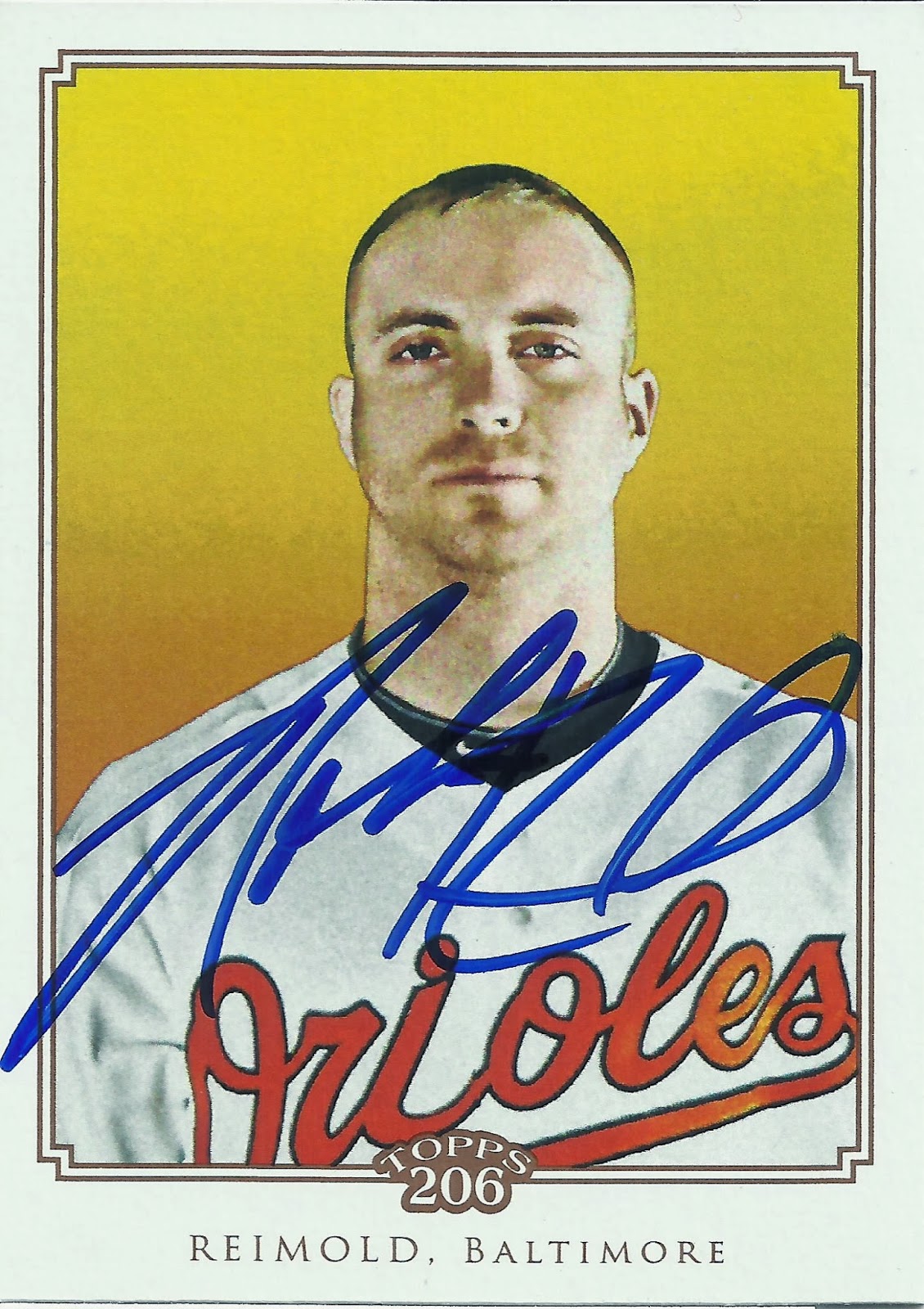 I only think Reimold signed one time walking through the event because he had his hands full.  He had his wife, three kids and a friend with him, not to mention a cup of coffee.  He was able to push a stroller, hold his coffee and sign my card for me at the same time.  Probably due to all the practice with three young kids.  This takes the place of a damaged card I had already in the collection.
Josh Stinson Baltimore Autograph Card 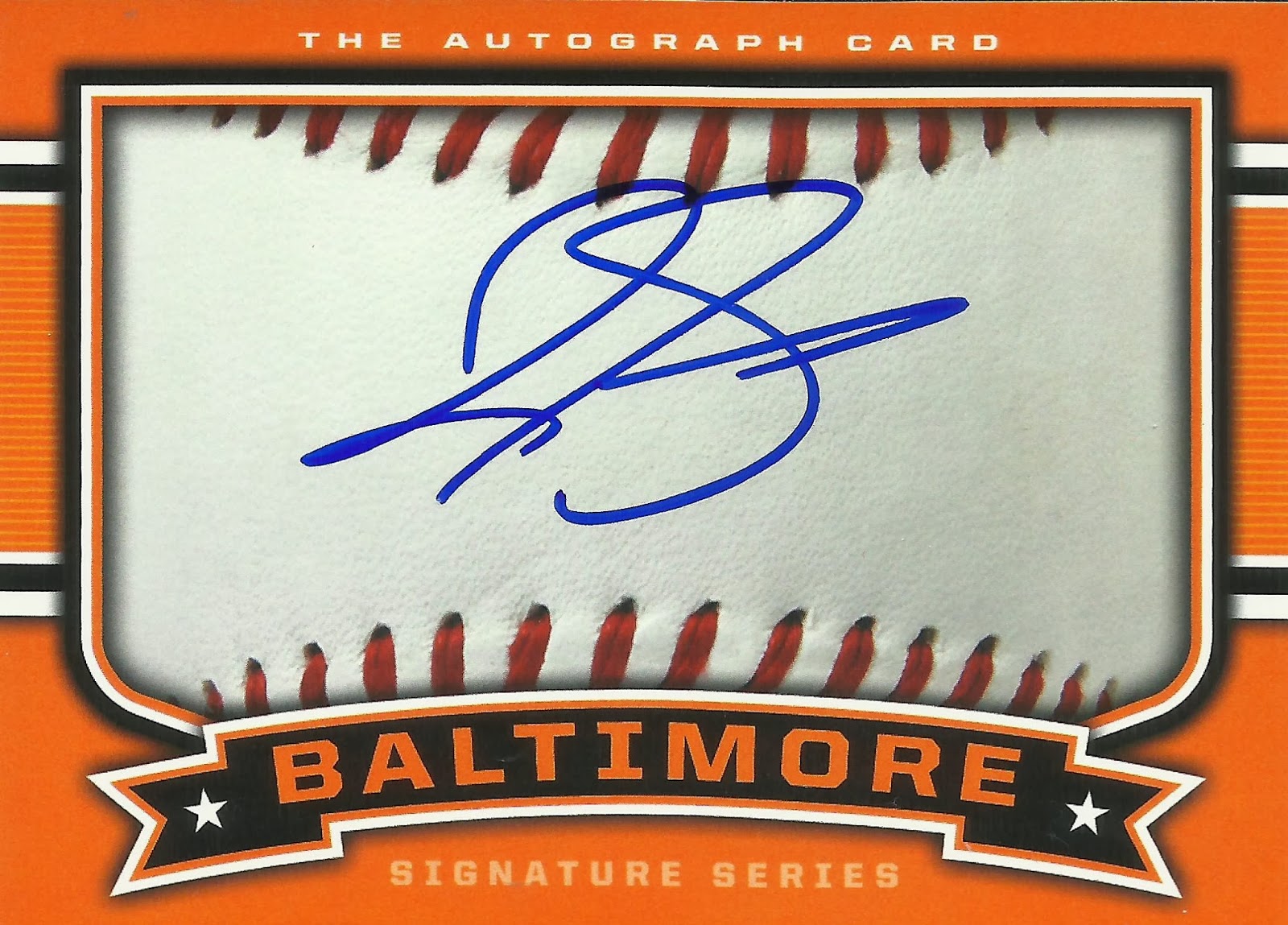 Like many of the players Josh denied all day, until he was done with his obligations.  He stopped and signed before leaving for the day, giving in to the persistence we showed all day.
at 11:23 PM