I have truly missed this blog and the fun I had writing it, researching players and interacting with the community.  I am hoping to get back to regular posting.  I appreciate all of those that have not un-followed me yet.

So for those patient enough to stick around for more than four months, I will not disappoint with my most recent addition.  Here is the star, the stud, the prize jewel of my collection. 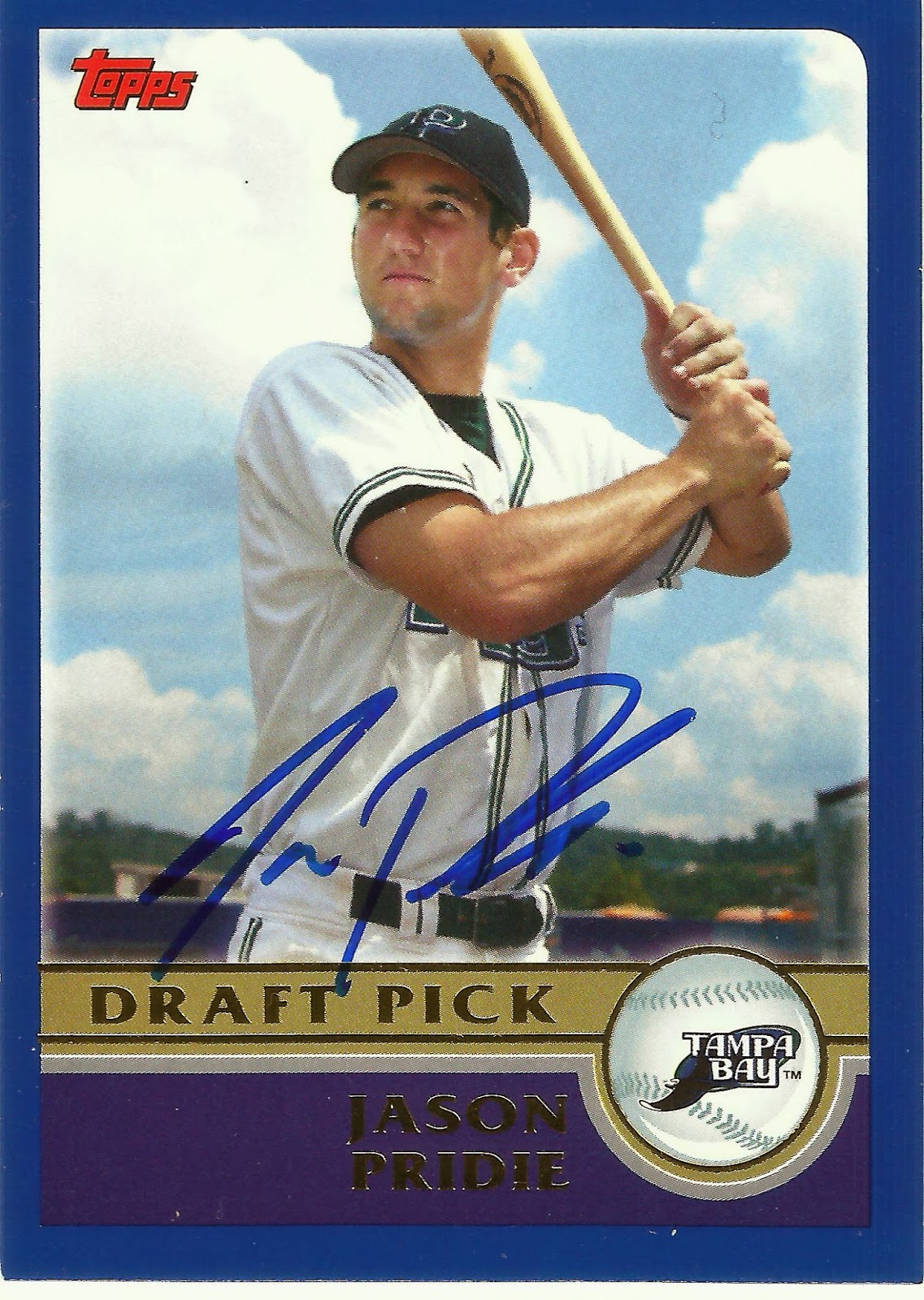 OK, not the crown jewel, but an addition none the less.  I received this in September, I think.  It was a trade from one of the sites I was on, which I don't remember.  It came from a person I don't know. Lots of unknown surrounding this guy.

What I do know, Pridie made his Oriole debut on September 25, 2013.  He appeared in four games as the Orioles finished off their heart wrenching campaign without Manny Machado.  Pridie was merely a stop gap and the team granted him free agency after the season.

This is just the beginning as I am working on a few more posts to bring you back into the quest.
at 10:01 PM