Big Leagued By A Journeyman

My only trip to Camden Yards last year was met with an interesting request.  Chris Snyder, journeyman catcher met my request for an autograph with an unusual amount of animosity.

He signed a ball for another collector and I patiently waited my turn as he was walking to the park.  I handed him my custom autograph card.  He looked at it, handed it back and said :do you have anything else".  I politely responded that I had nothing else because he hadn't been featured as an Oriole yet.

His next response threw me for a loop. "Well, you get my bootleg signature then".
My initial reaction was "HUH".  Eventually I came back with, "OK.  It's just going into my collection".

But his perspective got me thinking.

Well, this is a "bootleg" signature: 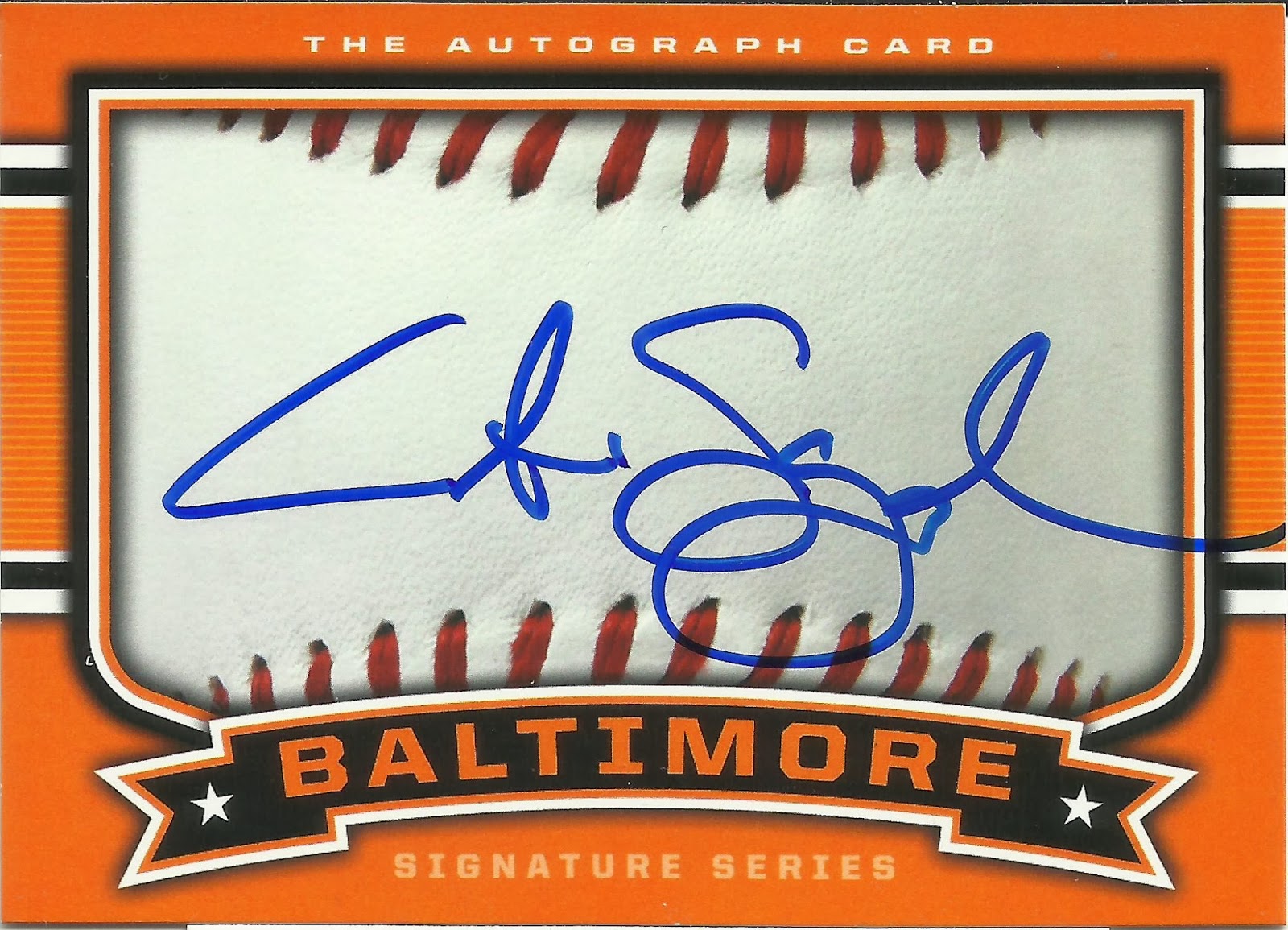 Here is his normal signature:

Whatever.  I have his autograph and I have a story, but seriously.  Obviously he thought I would be selling this autograph in some way.  So I did a little research.  There have been a grand total of five sold autographs on eBay in the last two months.  The most expensive, one whole dollar, and that was a dual autograph.

If this was indeed my way to make money, I would be better off panhandling for change.  Come on man.
at 11:48 PM