I am currently in a good phase with regards to autograph trading.  SportsCollectors.net has a huge following and a lot of cards out there that I need.

I was able to email Billy (bwk123) and get a sweet little deal moving along. 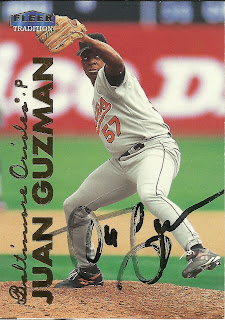 This is one of two Oriole upgrades in this trade, even if it is a little dry.  Guzman has been difficult to track down and his limited time in Baltimore didn't allow for many autographs.  I now have a 1993 Triple Play Blue Jays autograph available.
Willis Otanez 1999 Sports Illustrated #59 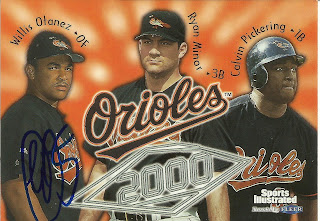 Upgrading again, this one takes the place of a 1994 Upper Deck Minor league issue of Otanez as a Dodger.
Steve Pearce 2008 SPx Rookie Signatures #134 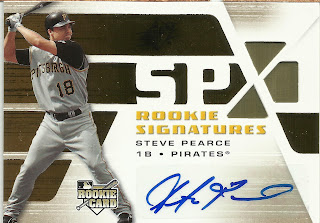 Pearce was a good addition to the club in the middle of the year last season.  He came through in the clutch a couple times and filled a gap in the outfield.  Unfortunately he didn't last down the stretch and made his way to the dark side for the Playoffs.  He has appeared on a Postcard for the Orioles, so that will be needed in the future.
Omar Quintanilla 2004 Bowman #199 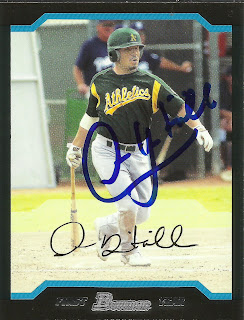