When the Orioles realized Matt Weiters may be out for a while, or the season, they needed a veteran presence to support Caleb Joseph.  It cost the team reliever Troy Patton, but the experience Nick Hundley had behind the plate outweighed the loss. 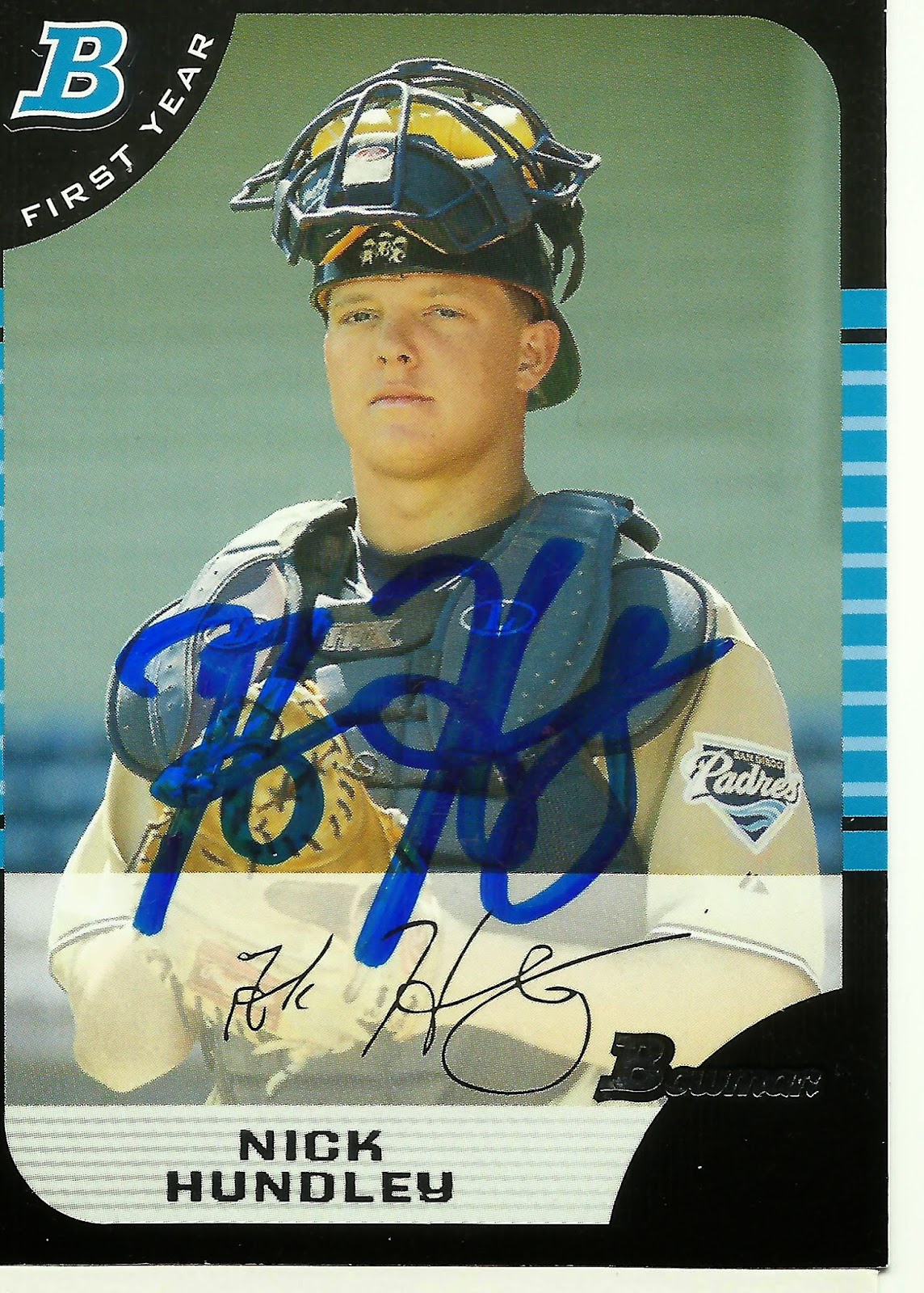 Hundley is a better hitter than Joseph, but misses the mark behind the plate.  He has only cut down 14% of would be base stealers this season and is 27% for his career.  The catcher position is likely to platoon the entire year, going back and forth between Hundley, Joseph, Steve Clevenger and maybe some young Norfolk Tide.

Is it bad that once players are called up mid season and I grab an autograph, I hope they fade away.  I am not looking to have to go after an Orioles Postcard of players that hang around for two months, make little impact, then disappear.  Make an impact and I will gladly hunt you down as an Oriole (not meant as a threat).
at 2:00 PM